Legends! Can you believe it's been 2 years since we started this journey in Early Access? Well, indeed it has! The “Two Years Strong” Update is ambitious and will let you take to the skies with no time limits—the carriers are now part of our regular fleet! Furthermore, Suzuya—a Mogami-class cruiser with 155 mm guns—makes her eagerly awaited debut, while new seasons of Arena is shaking things up with some unusual rules. Also, in response to some comments that there's perhaps a bit too much text in the Patchnotes, we’re trying to keep them a bit more concise.

To celebrate 2 years since the first battles began in Legends, we've planned a couple of things during the first week of the Update (April 12 – April 19):

Carriers are returning to the fold with a few changes—check out the main points below.

Changes made to carriers since the Airstrike mode:

Changes to other ship types to help them combat air threats 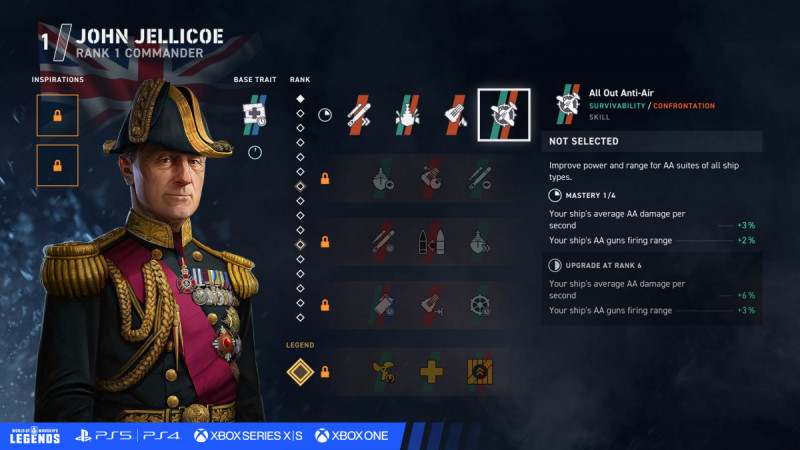 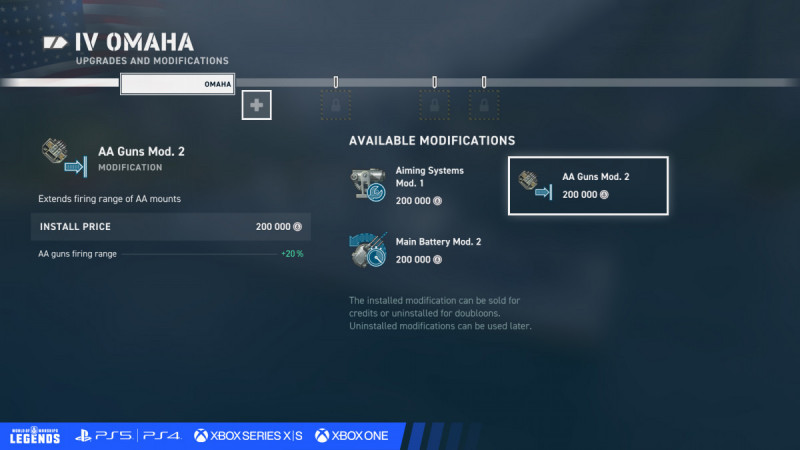 Start researching the carriers, take to the air, and let's add a new dimension to Legends!

This Campaign offers a special ship—a ship that many of you have been asking about since the very beginning of our journey together—the 155 mm gun variant of Mogami, Suzuya. She’s a very capable HE slinger with respectable torpedoes—a great B-side to Mogami.

Some facts about the Campaign:

As with most Campaigns, to unlock the prize ship you’ll need to purchase an Admiralty Backing for 2,500 doubloons.

The detailed Campaign rewards and their value with and without an Admiralty Backing are below: 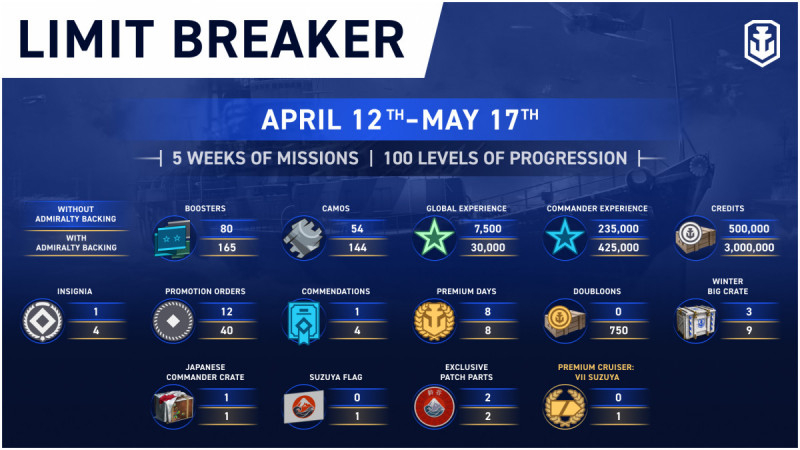 Value of the rewards without the Admiralty Backing: 28,667 doubloons

Total value of the rewards with the Admiralty Backing: 69,420 doubloons

We're bringing back the Arena mode — this time, with two distinct Seasons! Each Season is a week-long affair with its own ruleset, and players who place in the top three brackets of the Leaderboard can expect to earn some Steel Badges! Seasons II and III start on April 19 and May 3, respectively. To find out the details of each Season, read a special article that will be published next Thursday!

Golden Week is a series of holidays celebrated in Japan annually that starts with the Emperor's Birthday and culminates in Children's Day. It’s usually a time when people travel and take a break from their work schedules. To commemorate the event, we're introducing several new items. Among these are themed Skins for Kongō, Asashio, and Yamato, available from the Golden Week Chest. Other contents will be revealed as usual on wowslegends.com/containers before or on April 19. Importantly, Asashio will also be available for 12,500 doubloons for the duration of the sale event. One more item that's going to be available is a Golden Flag for 1,000 doubloons. Please note: it’s simply a flag and we're just seeing if purely cosmetic items such as this are in demand by themselves.

The Golden Week sales begin on April 26 and last until May 9.

There are quite a few balance changes this time around, mostly made in response to your requests, which provided the impetus for us to steer the balance in the proposed way: 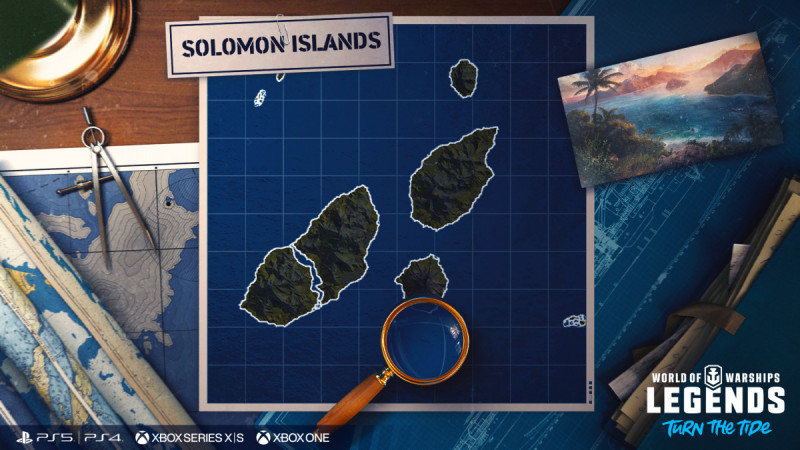 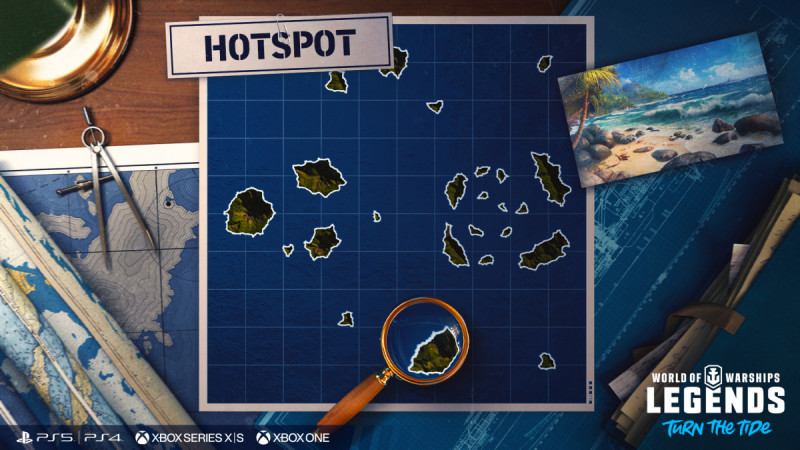 New Premium Ships in the Store

The following ships are very likely to be available for purchase during this Update; please follow our social media accounts and other channels to get the details on dates and specific stats: