It's time to welcome a bunch of new Tier VIII Tech Tree ships, Captains! This time, we’re greeting three British and three French ships. This article is dedicated to the Royal Navy vessels; you can read about French ones by clicking here. Before taking a closer look at each of our new British arrivals, let's skim through the scheme of acquiring these splendid boats.

Just like the first batch of Tier VIII ships, these will be available right away for captains with researched Tier VII ships of the respective branches and sufficient XP on them. In fact, if you have 200,000 Elite XP on a ship, the newcomers will be unlocked automatically. A full upgrade from scratch requires 300,000 XP. 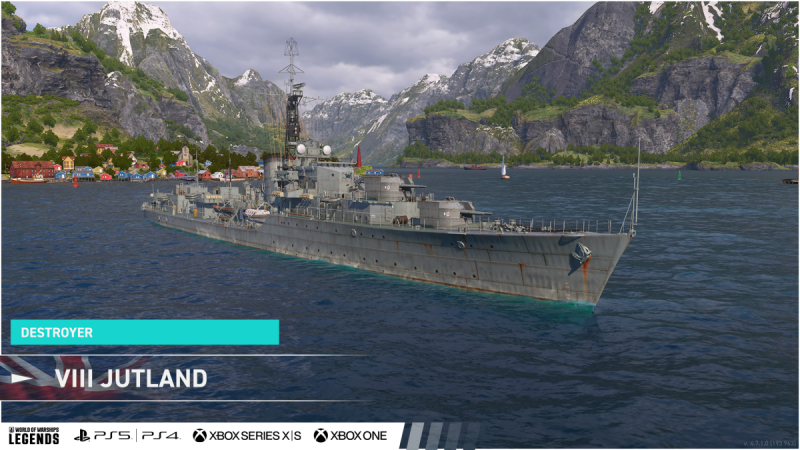 Her sister ship, Malplaquet—named after a battle between Britain and France during the War of the Spanish Succession in 1709—was renamed Jutland just prior to her launch on February 20, 1946, and was commissioned on July 30, 1947. The original Jutland in the Battle class was launched but later canceled. The entire class comprised 26 ships.

She boasts as many as six Smoke Generator charges, as well as a long-duration and short-range Sonar, and she has access to Repair Party. Jutland is pretty maneuverable and is a solid option for destroyer "knife fights." 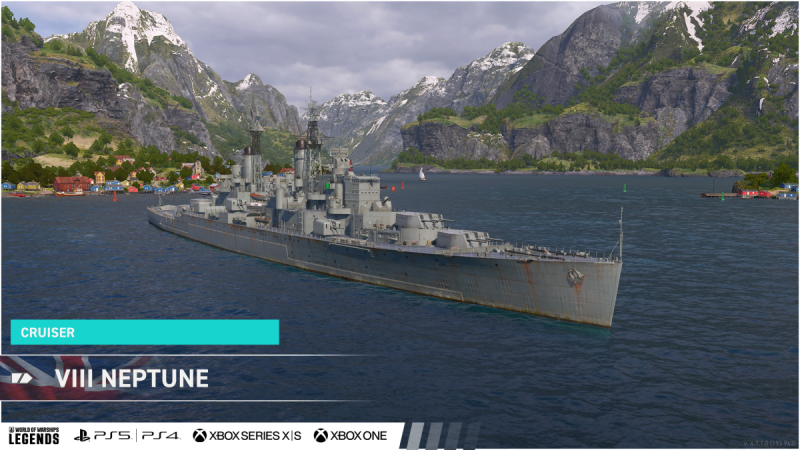 Intended as a bridge between the 1943 Minotaur- and 1947 Minotaur- and Tiger-classes, as many as five Neptunes were in the plans and were initially referred as an "improved Belfast." However, the war ended before their construction began, leading to cancellation of the class altogether.

Same as other British cruisers, this god of the seas wields AP shells only, but that's nothing to scoff at when you consider the rapid reload on her 12 guns in four triple turrets. With 16 torpedoes per salvo and single-launch capability in place, on top of her almost perfect anti-air suite and variety of consumables that includes Repair Party, Smoke Generator, and Radar (although the latter two reside in the same slot), Neptune has a lot of facets to her gameplay. 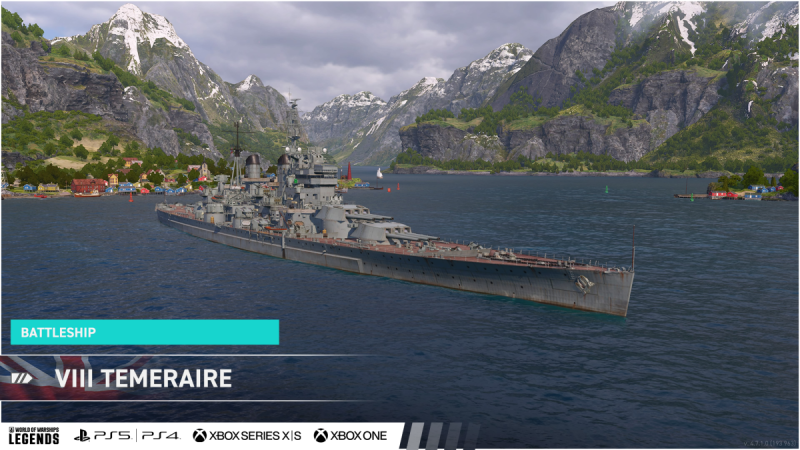 Lion’s sistership, Temeraire, was to be one of the six ships in the class. She was actually ordered together with the class namesake in the summer of 1939, but construction—except for the guns and their turrets—was suspended by 1 year when the war started. Work was authorized to continue as early as November 1939, only to be halted again in May 1940, never to resume.

Temeraire offers huge 16.5-inch (419 mm) guns with short-fuse AP shells and 1/4 penetration coefficient HE shells, coming in with fire-setting chances of 48%. Add to the mix Repair Party, stir a bit, and serve hot!

Set sail with the Royal Navy, and turn the tide!