Brawls are returning, and dare we say that they are doing so in a glorious manner! With two seasons available this update, there's ample time to compete, win prizes, and have fun with your battleships or cruisers. Just a reminder how Brawls work: This game mode allows for a ton of various tweaks and shenanigans to make the gameplay as varied and unusual as it gets! Don't hesitate to send us feedback and even the most crazy ideas regarding possible Brawl scenarios—just reach out to us via our Discord or any other available means.

The Brawls are again coming in the form of time-limited seasons, just like Arena and Ranked battles. One thing to keep in mind—it’s 3 vs. 3 with full Divisions allowed, but matchmaking only pairs Divisions against other Divisions. It’s time to show off your teamplay skills! 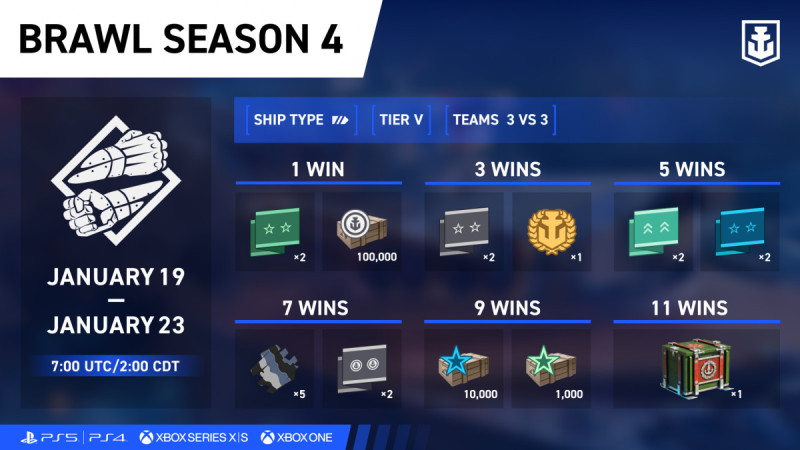 Our cruisers are ready to spit fire and steel. Are you? 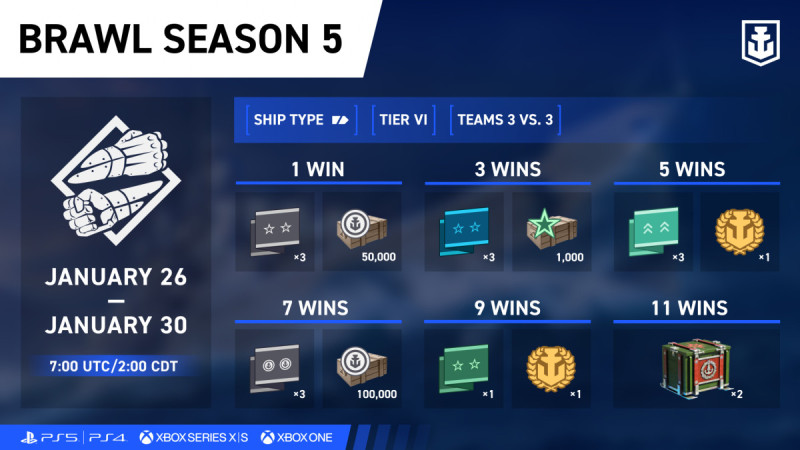 Compete in the Brawls, have fun, and turn the tide!