One of the four completed Oregon City-class heavy cruisers and an heir to the Baltimore class, Rochester didn’t manage to catch the heat of WWII since she was commissioned only by the end of 1946. However, the Korean War saw Rochester performing a variety of tasks, such as shore bombardment, supporting landings, and serving as a helicopter base between 1950 and 1953. The ship was decorated with multiple awards for her actions, and she continued to serve until she was scrapped in 1974. 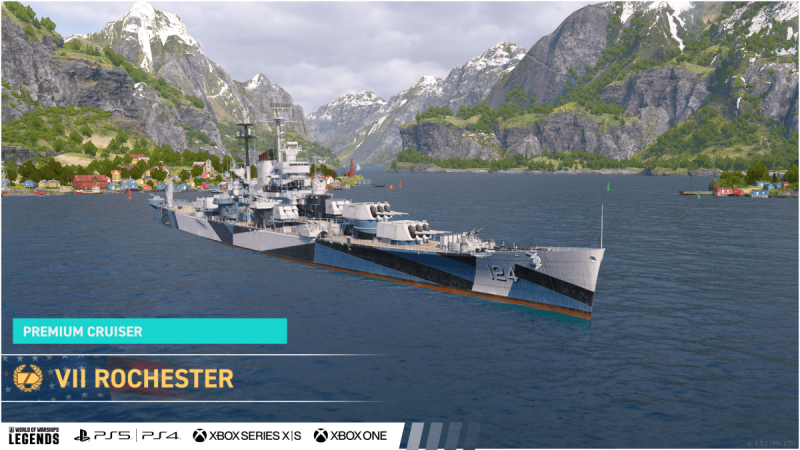 Now, you might be thinking "ah, yet another boring 8-inch (203 mm) gun USN heavy cruiser." Before anyone jumps to conclusions though, let's review what Rochester has to offer, starting with her most exotic trait—a Smoke Generator consumable. You'll have to trade the Repair Party consumable for it, unlike some British heavy cruisers, but with her combination of very good base speed and handling, it shouldn't be too difficult to evade incoming fire. Additionally, Rochester boasts a very powerful AA suite, enhanced by the Defensive AA Fire consumable. While sitting in your smoke, Sonar will also certainly come in handy. All in all, Rochester can be played as a classic USN heavy cruiser, making use of her powerful armament and relatively sturdy armor. Alternatively, she can adopt a more passive and stealthy playstyle through the use of Smoke Generator; beware though, Rochester doesn't have the best concealment. 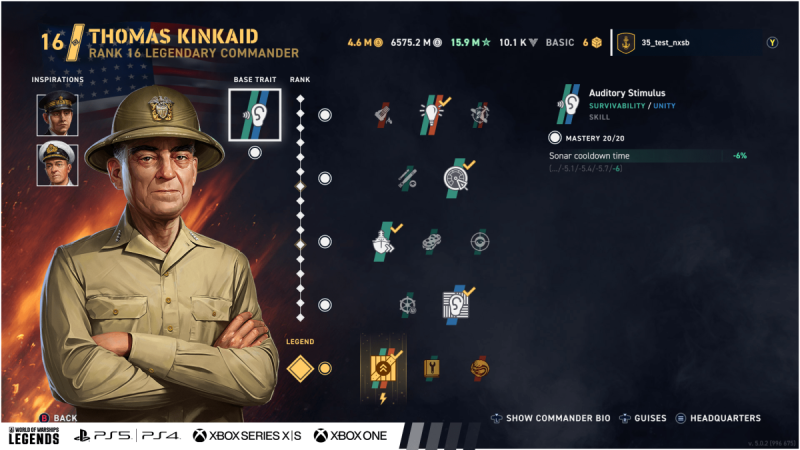 We recommend the following build, featuring Thomas Kinkaid with his Auditory Stimulus base trait reducing the cooldown of the Sonar consumable. We'll set him up for a smoke-focused playstyle:

Regarding Inspirations, you should try:

Sail valiantly with Rochester, and turn the tide!