Aircraft carriers are an entirely new ship type, and they require a special approach. Here are the steps to take in order to be successful when playing a carrier against surface ships. 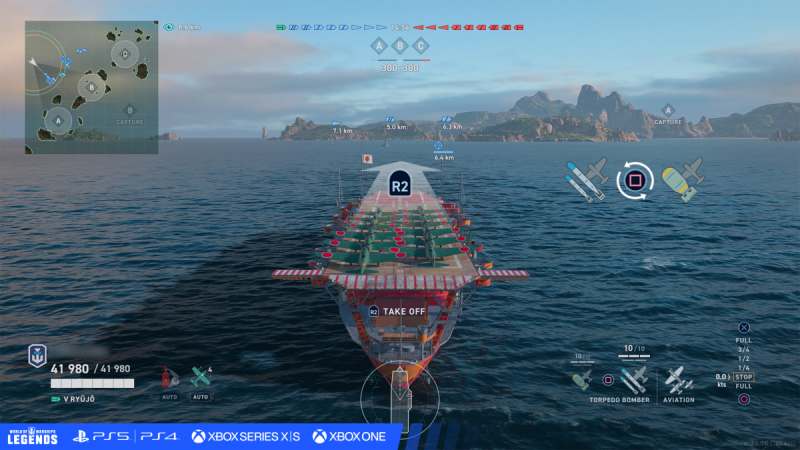 2. If you want to move your carrier while operating a squadron, call up the Tactical Map (view button on Xbox, touchpad on PlayStation) and set an automated course for your carrier by choosing a map square and pressing X (Xbox) or Square (PlayStation). Your carrier will move to that map square on autopilot and automatically avoid collisions.If you manually move the carrier while she is following a set course, the system will be overridden, and you’ll need to plot a new course. 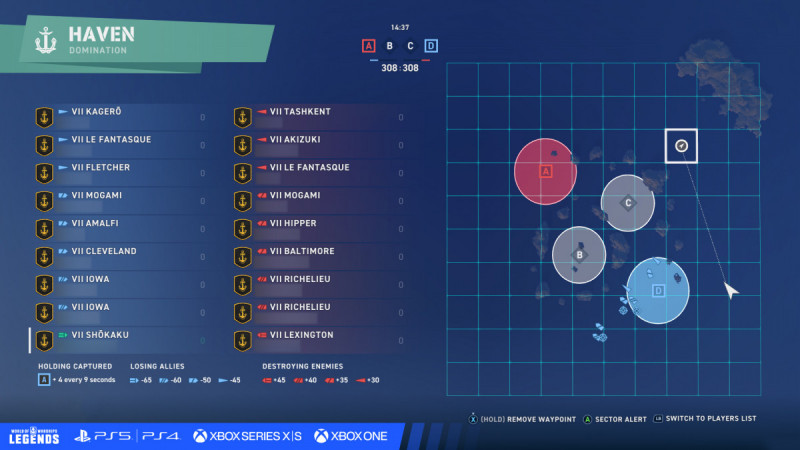 3. To maneuver the squadron, move the left stick to either side. You can also speed up or slow down your squadron by moving the left stick forward or backward, but that will heat up the planes' engines. To cool the engines down, you can use the appropriate consumable, which only becomes available once your planes are in the air. Please note that this consumable isn't affected by Commander skills. 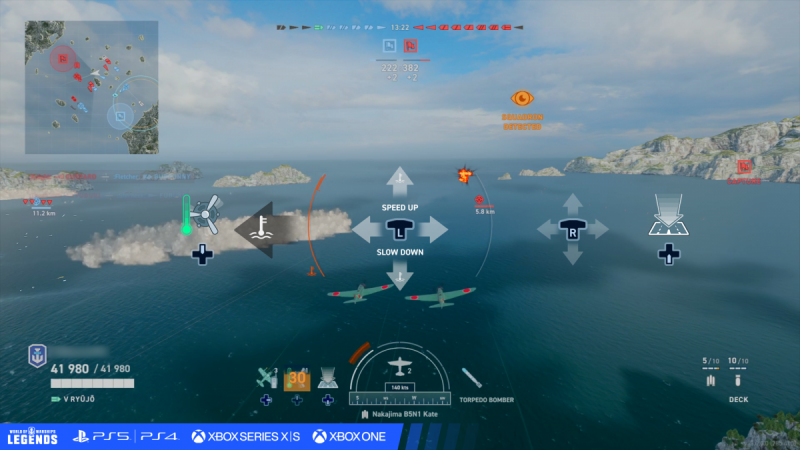 4. To preserve your planes and your ability to deal damage, try avoiding any flak explosions that you see in the air. They signify areas of increased anti-aircraft damage. Otherwise, the AA suites of enemy ships will deal damage over time, once your planes are within their guns’ range. 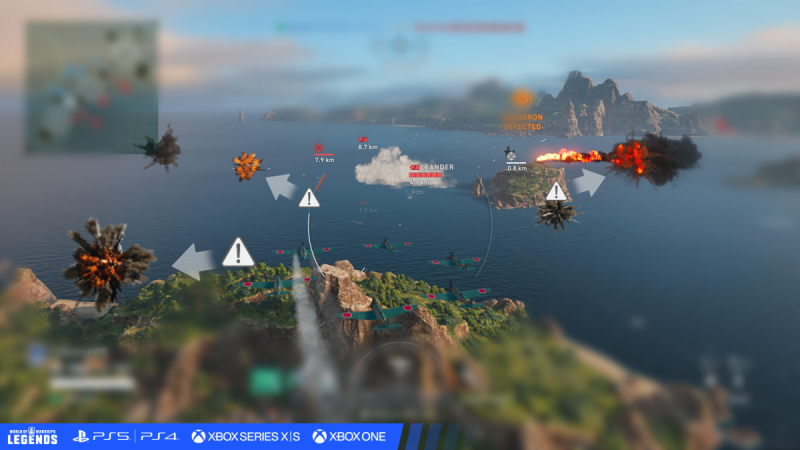 5. Attacking with torpedo bombers: line up the grey triangle with your target and take a significant lead, then press RT (Xbox) or R2 (PlayStation). At this point, two of your attacking planes will descend in preparation for launching their torpedoes. You are able to move your squadron and aim left or right, however, each time you do so, the torpedo spread will widen, and the torpedoes launch along the outside lines of your aim. You can speed up or slow down when approaching to drop the torpedoes, and once you're satisfied with your aim, press RT/R2 again to launch. When you pull the trigger, you'll see a countdown on the right-hand side of the screen, that countdown denotes the time left to make the drop. If you do not launch your torpedoes before it reaches zero, your approaching aircraft will return to the squadron without attacking. Also remember that torpedoes do not arm instantly, so do not let your aim overshoot the target. 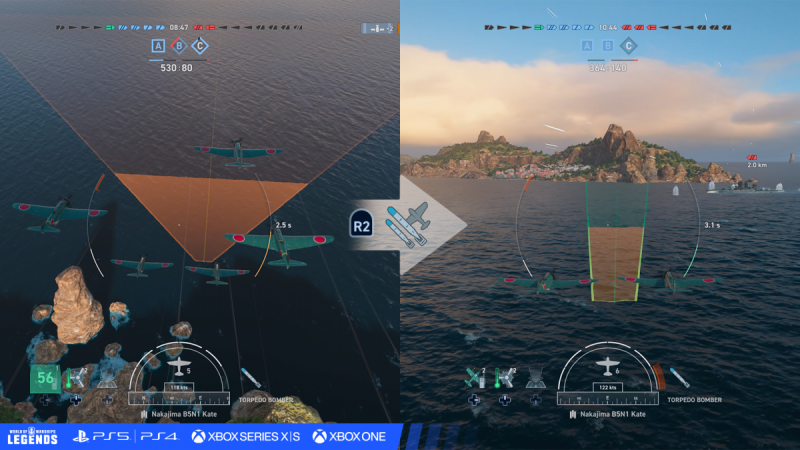 6. Attacking with dive bombers is very similar to attacking with torpedo bombers, but your aim is an ellipse, and your projectiles travel downwards instead of under the water’s surface. You still need to take a significant lead—usually a full hull-length of the target ship, if not more for destroyers or fast cruisers, and it’s preferable to "overtake" the ship with your aim in order to get a good hit. For the best results, try to line up your aim horizontally in front of the ship. 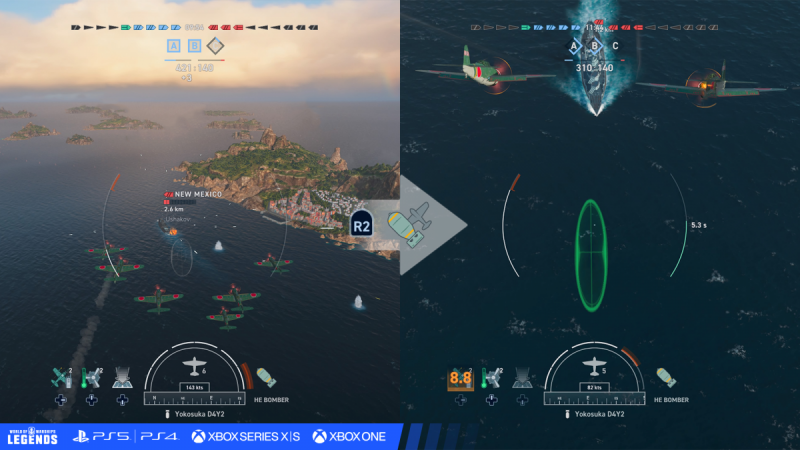 7. If your squadron encounters any enemy fighters, you cannot do much about it with Tier III carriers. However, with Tier V carriers, you can call in patrol fighters that will come to your squadron’s aid and defend it from aerial threats. 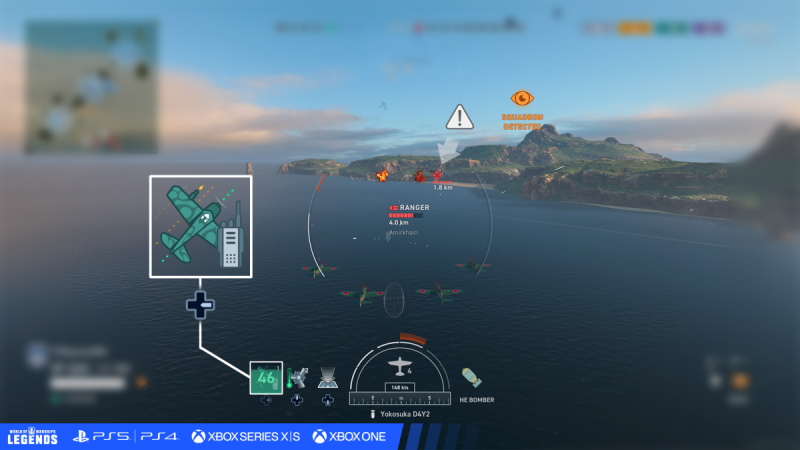 8. Once you're done with an attack, you can start another one, if there are more planes in your squadron. You can also return the squadron to the carrier by pressing down on your directional pad.

9. Be prepared for a lot of trial and error!

But what should you do if you’re fighting against carriers?

1. Listen! If you hear a buzzing sound, it’s likely to be a plane squadron and you need to be at the ready. Actively maneuver and use Defensive AA Fire to shoot down those pesky planes more quickly!

2. Look! If you see a plane squadron approaching, gauge which side it’s approaching from and prepare to maneuver. If it’s a bomber squadron, it’s most likely to approach your ship from the bow or stern; torpedo bombers will approach you from the side and attempt to cross your path. In both instances, a hard turn will help mitigate damage a lot, as you will either escape the dive bombers’ aim or avoid one or both torpedoes. 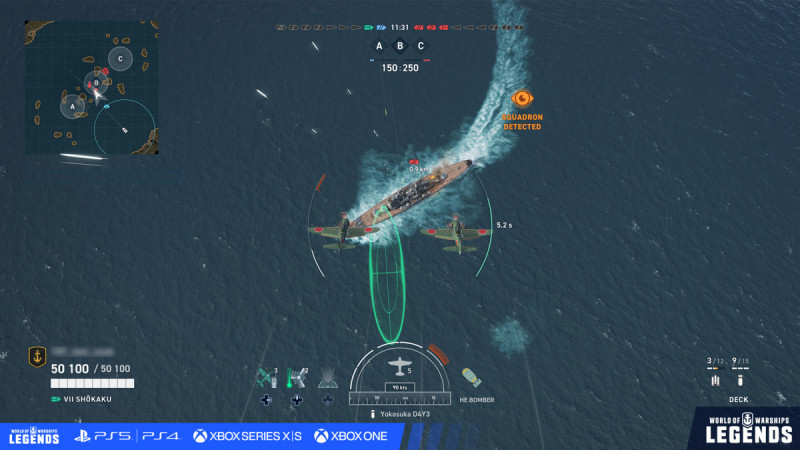 3. If your ship is equipped with the Defensive AA Fire consumable (Tier V to Legendary-Tier cruisers) make sure to use it whenever a squadron is close to your position in order to take out as many planes as you can. There’s no aiming involved, so your best bet is optimal timing. Note that only cruisers have this consumable and you need to equip it in the second slot in order to take advantage of it. 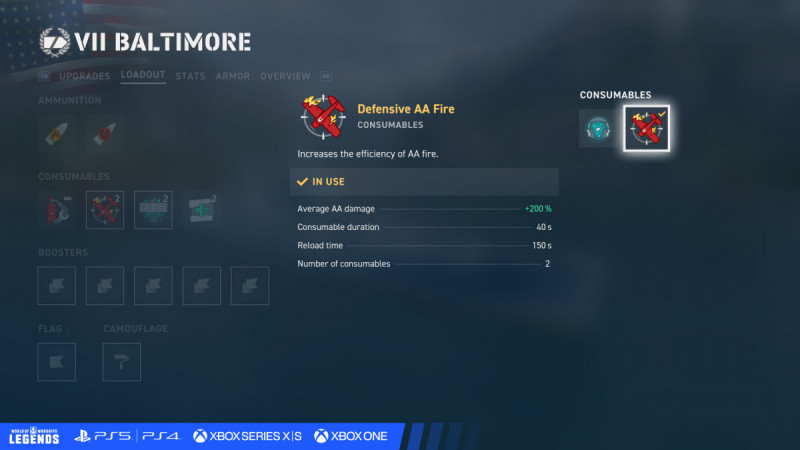 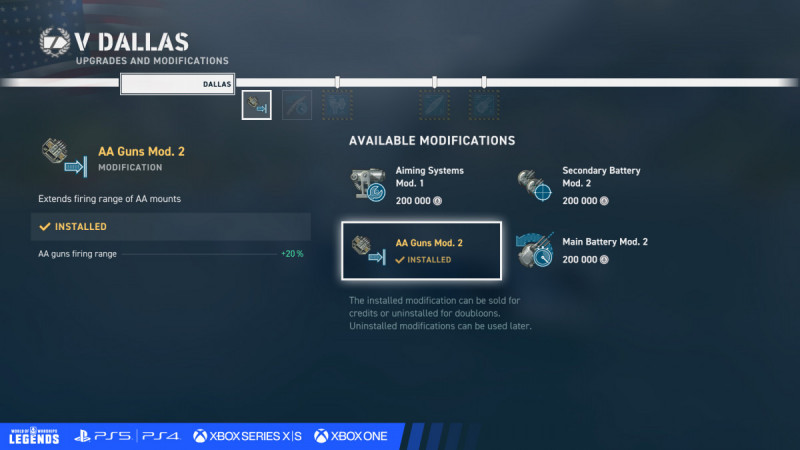 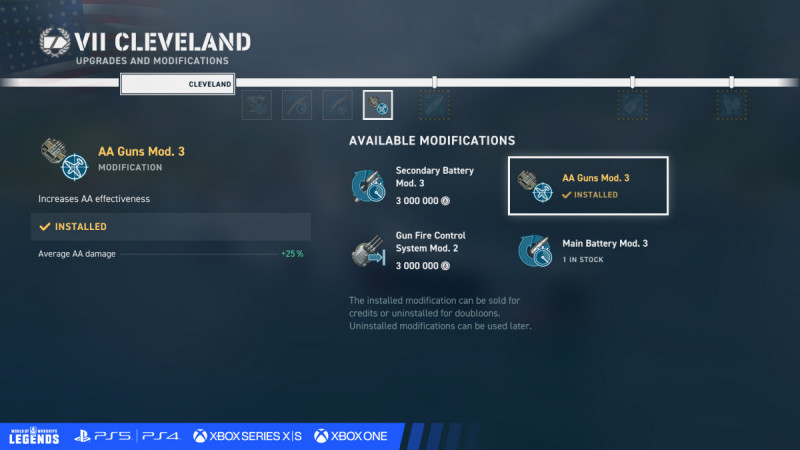 5. Finally, make sure to check your ship’s AA stats before entering battle. If the AA Defense tab isn’t very impressive, your best tactic will be to avoid any plane squadrons you meet, or find an ally with better AA capabilities and use them as an “AA umbrella.” 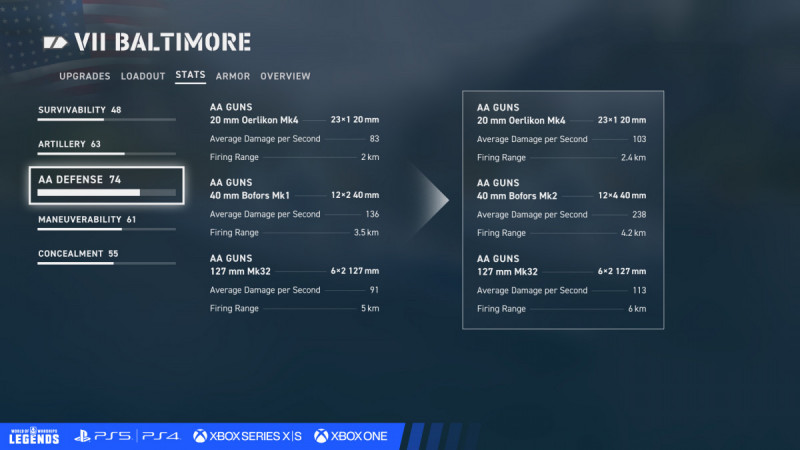 6. The same is true for both playing carriers and against them—don’t be afraid to experiment! Get a good understanding of the anti-air capabilities of your ships by taking them out on our virtual seas, and Turn the Tide!