One of the most formidable and impactful naval forces of World War II makes its appearance in World of Warships: Legends. Prepare yourself for the glorious debut of the British aircraft carriers: carpet bombings and torpedoes are at your service, captain!

A whole new tech tree branch is available for you to research, and a dedicated Commander—Sir Denis Boyd—is ready to helm these magnificent ships.. You can obtain him for Commander XP and by completing the special Wings of the Empire set of missions.

The main feature of British aircraft carriers is their carpet bombing ability. Their torpedoes, meanwhile, offer a narrowing trajectory, changing the playstyle compared to other nations.
The immediate damage output for Brits might seem lower than for their rivals, but the fire chances of their bombs are such that they are great at keeping things aflame and often win the war of attrition. 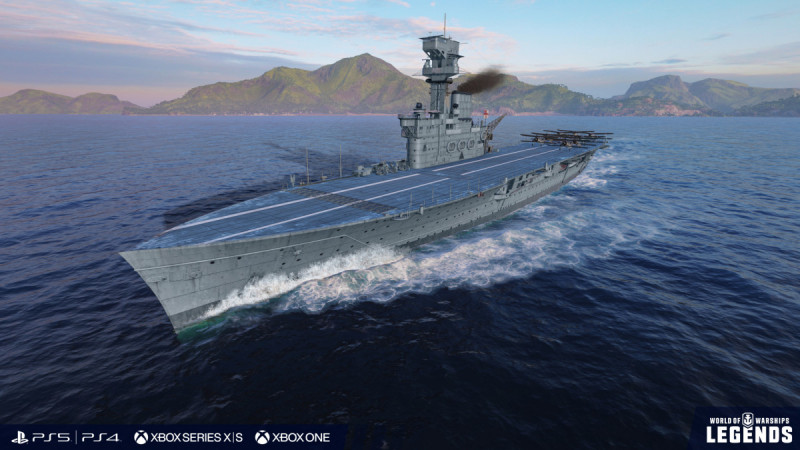 HMS Hermes became the first warship in the world to be projected as an aircraft carrier, though, eventually, IJN’s Hōshō was completed and commissioned before it. 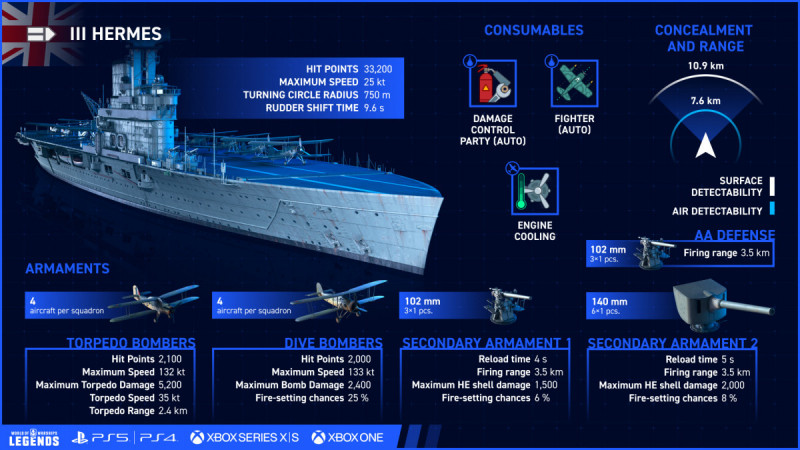 Hermes saw action in the Mediterranean and South-East Asian theaters of war through 1941-42. She ended her battle path in 1942, when Japanese aircraft sunk Hermes along with her escort in the Indian Ocean. 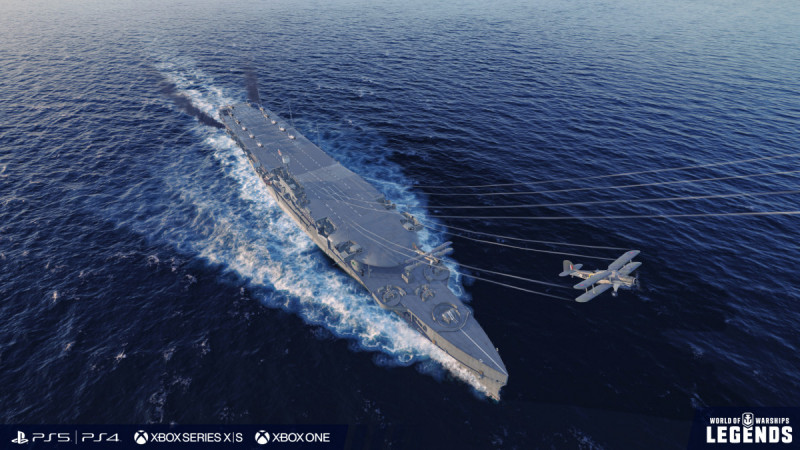 Like some other aircraft carriers of the 20th century, Furious was rebuilt – in her instance, reprojected from a battlecruiser during construction. With 36 aircraft aboard, the ship was a force to reckon with. 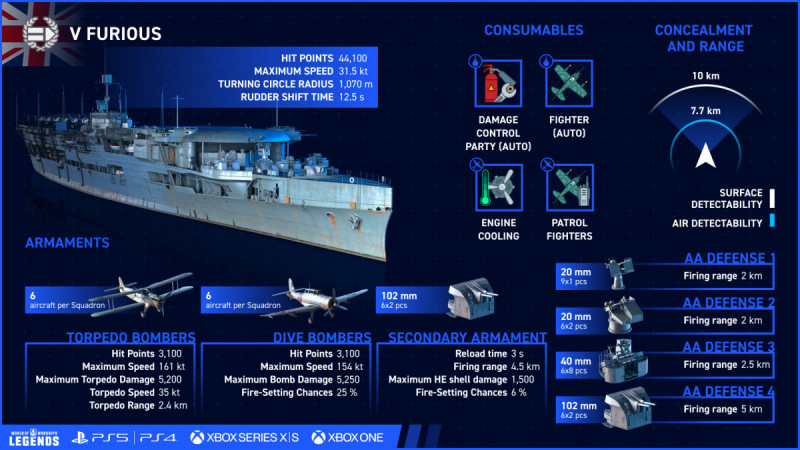 Her use was fairly extensive and impressive: from serving as a training carrier and ferrying aircraft for Royal Air Force to seeing action in Norway, the Mediterranean, launching attacks on the battleship Tirpitz. She also served as a part of the Grand Fleet during World War I, too. 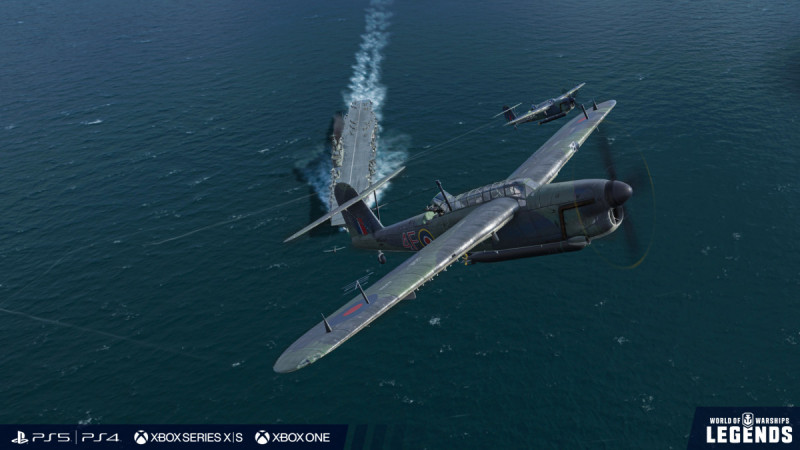 Projected as an improvement of Illustrious-class carriers and commissioned in 1944, Implacable and her one and only sistership Indefatigable each carried aboard 81 aircraft. Those were the largest air groups aboard British carriers at the time. 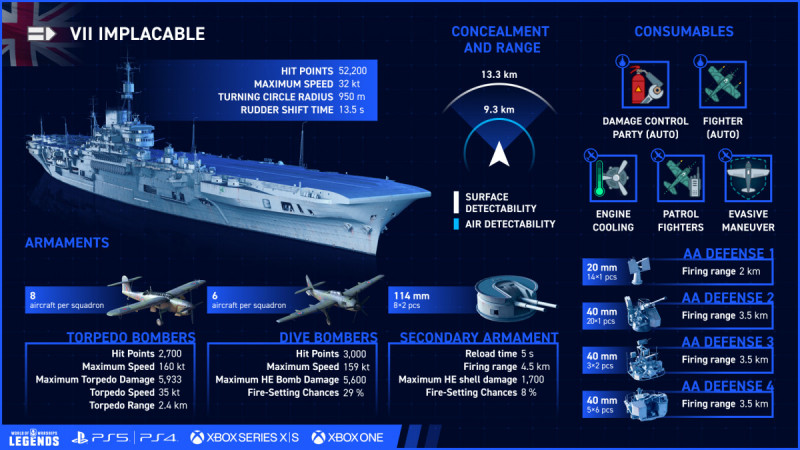 Despite starting active service only late in WWII, Implacable managed to successfully participate in operations in Norway waters and the latest stages of war in the Pacific theater.

Take to the skies and turn the tide!