Server maintenance will take place on February 3rd, after which the update will be pushed to the consoles.

2020 is upon us and we're mixing the content you expect with something different! Try out the British cruiser line, supplement that with a campaign to get the legendary HMS Belfast, try your hand (and guns!) at Season 3 of Ranked Battles, and meet the Azur Lane commanders!

The tier IV - VII British cruisers are finally making their way to your ports, bringing Repair Parties, Sonar and Smoke Generators, albeit no HE shells. They're somewhat fragile, but that's offset by high rate of fire and extra tactical options, like sequentially launched torpedoes. Another important detail, their Smoke Generators can be swapped for Catapult planes This line is surely the most peculiar one yet, and we sincerely hope you enjoy the experience.

You're already familiar Weymouth, Caledon and Danae and at long last they're joined by the rest of the British cruiser fleet:

To sweeten the ships' introduction there's a UK Cruisers Mastery mission available, that requires you to play each of the newcomers and rewards you with consumables, as well as a permanent camo for Leander once you've completed all the cards inside. Permanent camouflage for Leander and Fiji will be available at the store as well. 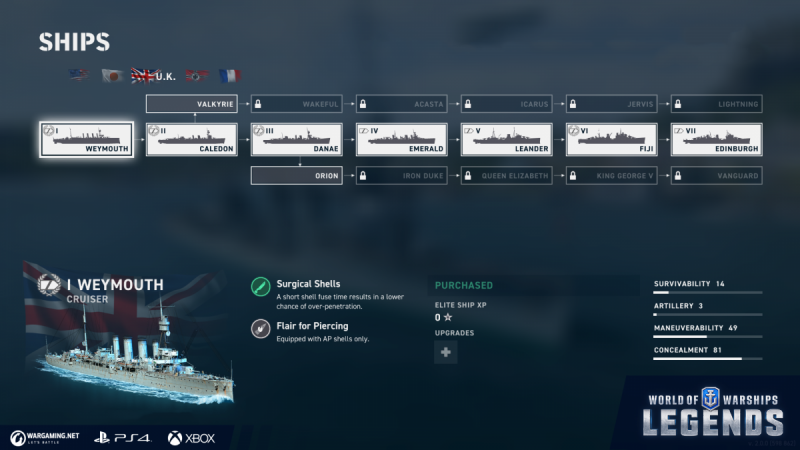 Belfast, a tier VI Premium British cruiser, is the hero of the new "His Majesty's Raider" campaign. Now she is unusual for a UK cruiser, as she possesses both HE and AP shell types in addition to Smoke Generator, plus Sonar and Radar. To unlock Belfast and add her to your port you need to have an active Admiralty Backing, available for 2500 doubloons and finish all 80 levels of the campaign. As always, the Admiralty Backing is only valid for the current campaign. 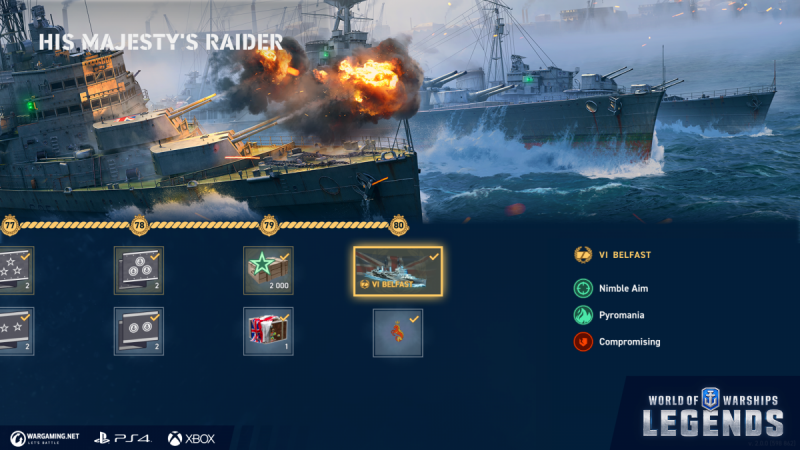 Here are all rewards that you can get from the campaign.

Total doubloon value of rewards without the Admiralty Backing: 16710 Doubloons

Total doubloon value of rewards with the Admiralty Backing: 51705 Doubloons

If you feel like you need Belfast and all the rewards instantly in your port, it'd take you 22 250 doubloons. Otherwise, complete the Weekly Havoc missions which are different each week and get the Admiralty Backing at the very end or make use of the free rewards. A special patch is also a part of the campaign cache.

For those of you looking for additional activities and an extra test of skill and perseverance, we have prepared a new season of Ranked Battles. This time, we're focusing on Tier V, the single season lasts the full duration of update which is 5 weeks, and comprises 20 ranks with irrevocable ranks being 19,17,14, 11, 8, 5 and 1. Biggest difference is that the destroyers are limited at 3 per team and we mean it. Divisions are still allowed, so you can participate together with your shipmates, but no more than 2 destroyers per division. As before there are two leagues and the switch between the 2nd and 1st happens at rank 10.

The full rules as bullet points:

And of course, here is a list of all rewards you can possibly get. Please keep in mind: Each reward will be unlocked upon reaching a specific Rank.

And now for something completely different! If you're faint of heart and anime is not your thing, stop reading here 🙂 We're collaborating with the famed mobile game Azur Lane to bring you their vision of the legendary historic ships realized as Commanders. Moreover, each character has a corresponding ship with a skin inspired by their outfit! These ladies have skills optimized for their namesake ships, but they can command any ship of the same nation. Additionally each character has a unique voiceover for further anime immersion. Please note, that the new commanders are available both directly and through Azur Lane containers. 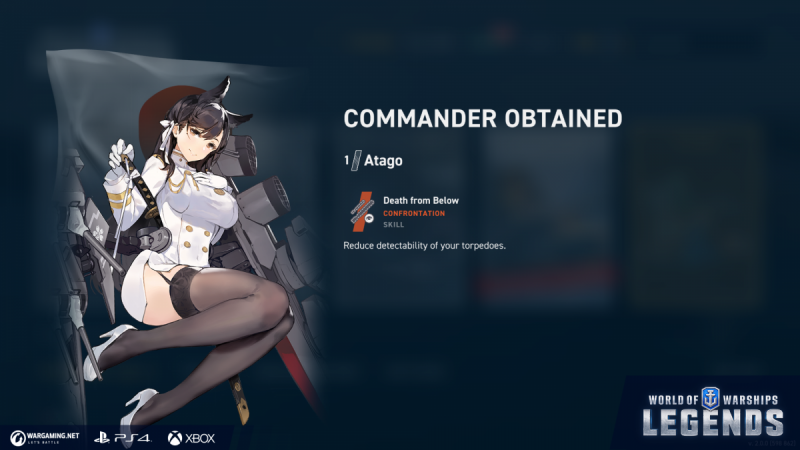 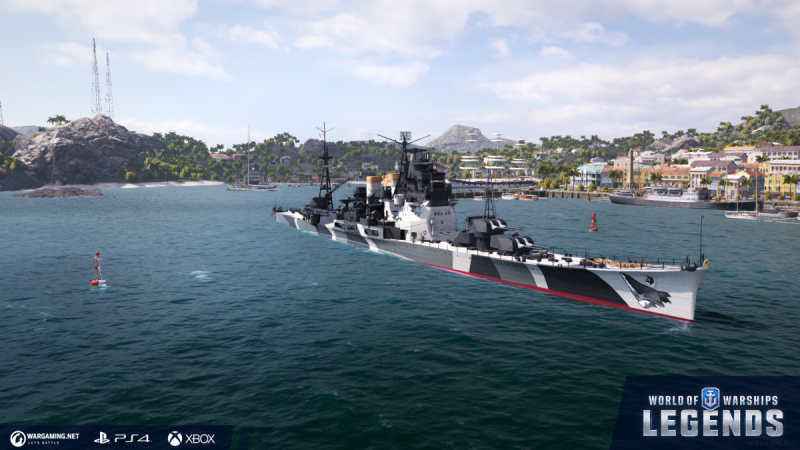 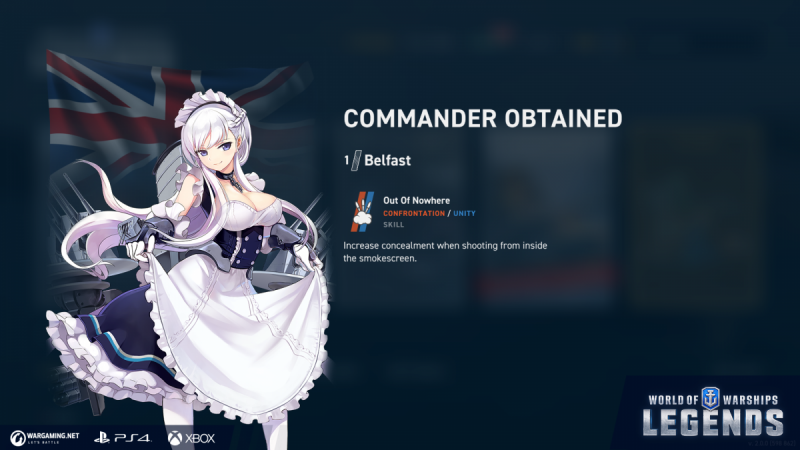 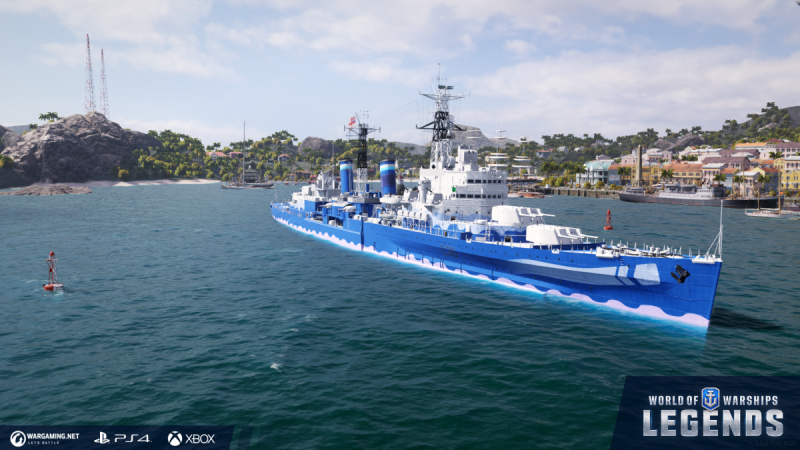 Now, if at any point you want to have your battles uninterrupted by anime flair, feel free to use the appropriate filter in the settings menu, this setting turns off both the visuals and voiceovers. 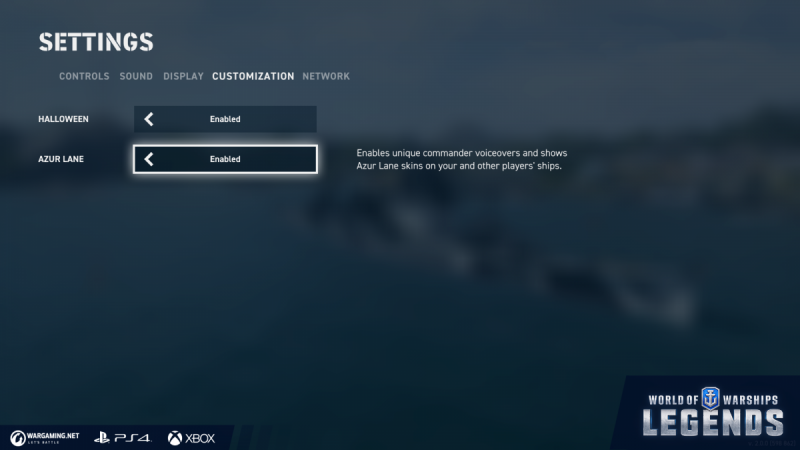 If you have skipped the paragraph above for any reason, know that HMS Hood battleship which will occupy tier VI will make her appearance February 10 of the update, while the Imperial Russian tier IV gunboat Okhotnik is to set her deadly sail on February 24. Both ships will be offered by themselves, as well as in packages. The Hood is also going to be available as a part of our biggest ever bundle - Azur Lane All Stars, simultaneously with update's release.

Finally, the Atago makes a return as our first Global XP cruiser available for 750 000 Global XP.

With this Update we added a new bonus that you can redeem by winning with your ships. For now the rewards are set for Tier VI and Tier VII ships and are available once an update. First win with any tier VI ship awards you a promotion order, while tier VII win grants you a Santa container. This does not replace the first win of the day bonus, but adds to it. 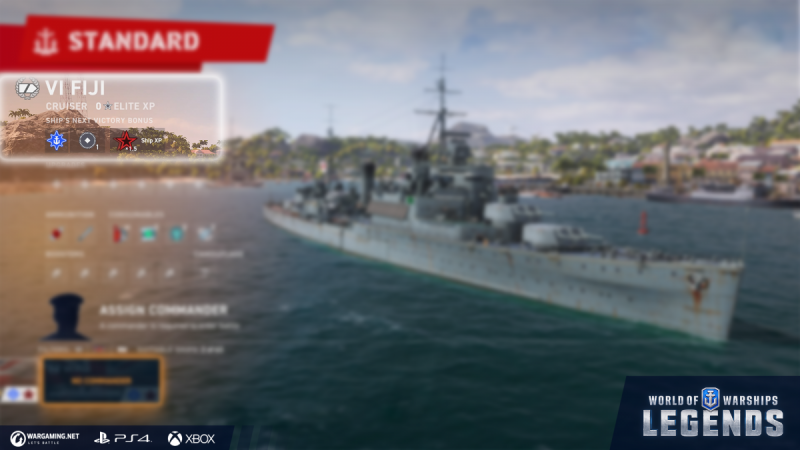 Please note, that these bonuses will be removed from any ship that you haven't redeemed them from on March 8 at 11:40 PM UTC/5:40 AM CT.

Upgrade improvements and choice of consumables

We now added missing information on the Upgrades when you want to equip them. Just to name a few: 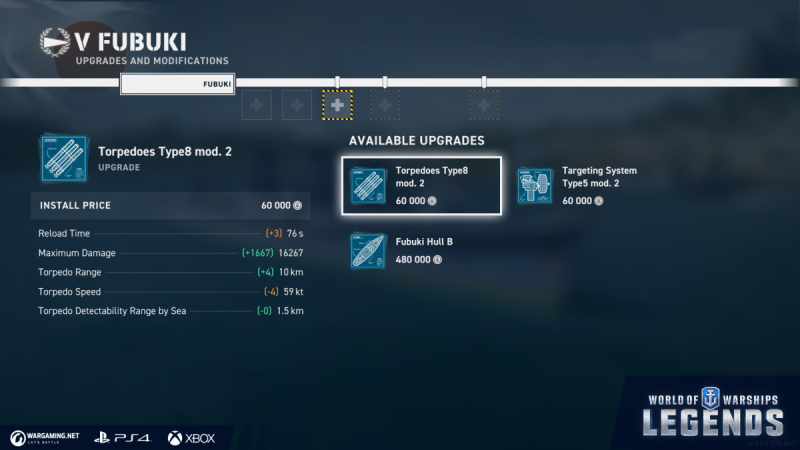 Also PLEASE NOTE that we removed ALL Anti-air parameters until they are considered meaningful within Legends.

Also with the introduction of the Torpedo-Reload booster we are now giving the Kagero the ability to equip this consumable instead of smokescreen. Besides the Kagero the only ships that are able to pick their consumables for now are the British Cruiser. They can pick between Smoke Generator and Catapult Fighter as mentioned earlier. 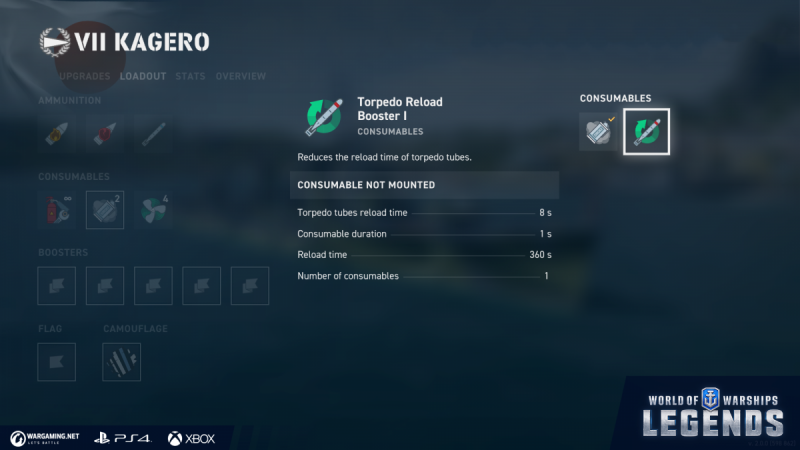 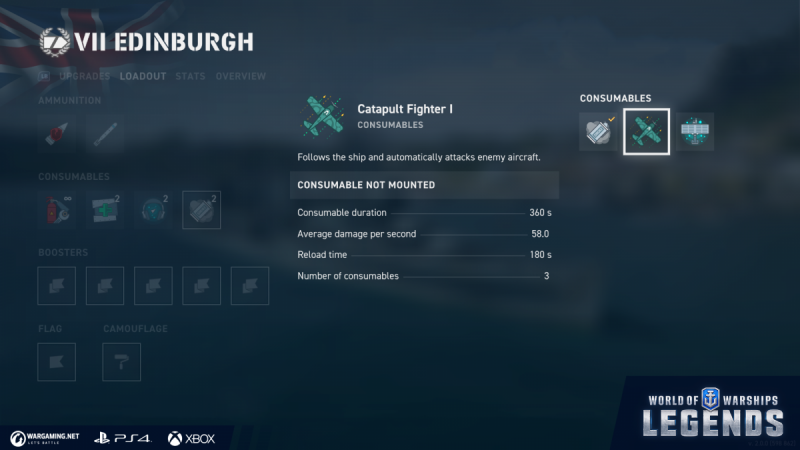 John Jellicoe's "Overtime" base trait has been buffed to increase the Repair Party duration by 0.5% per rank, increasing to 10% from 5% at maximum.