Hello, Captains, it's time for some dedicated developer's insight—hopefully, with many more to come! We cover how CVs made it into the game, what challenges had to be overcome, and what the future holds for this ship type.

The thing is that we didn’t originally plan to add flattops to the game, but we ultimately decided not to overlook a pretty significant layer of gameplay, especially considering that it so drastically differs from that of other ship types. The popularity of carriers is marginally lower than other ship types, as it's affected by a set of factors from the limitation of only one CV in a team and corresponding matchmaking, to the smaller overall choice of options and higher skill floor. Nevertheless, carriers are a valuable and significant part of shaping the metagame and the game as a whole. 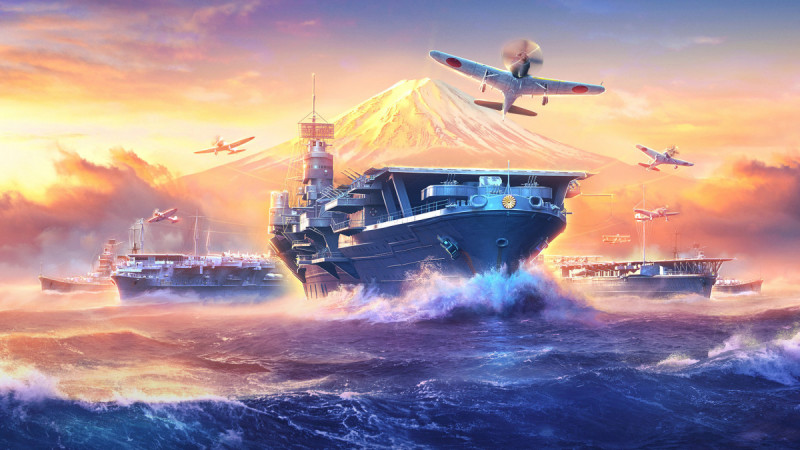 The plan was to add new mechanics with each national branch, and while the initial U.S. line—the most well-rounded branch—and Japanese carriers, offering the better torpedo bomber performance, were more of a testing range, the next CV releases fulfilled the idea entirely. German ones introduced AP bombers, Royal Navy—carpet bombers, and the Soviet warships are bringing the all-new skip bombers to the fray. We’ve also explored different ways of distributing the ships besides the traditional researchable lines—namely, by providing Premium carriers through the Store and Bureau. Will we see a carrier headlining the campaign, or even a Legendary flattop in the future? The jury is still out on the former and the latter, but the likelihood is slowly increasing! However, should a carrier arrive as a campaign reward, she’s likely to be one of the ships to choose from, not the only one.

It turns out that being unique comes with a cost. For carriers, that price was numerous various challenges they pose dur to being so different from other warships. First and foremost, we want to thank the community for the input that led to several increases in CVs’ total battle earnings and brought them in line with our regular monitoring of the in-game economics. We also sped up the leveling of the lines with various missions. There’s still room for improvement in that matter down the line, for instance, providing more bonuses for spotting opposing ships. 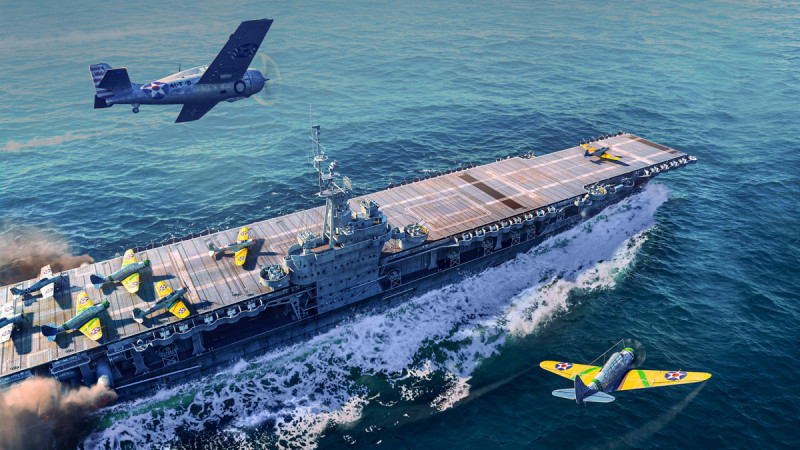 Playing both with and against carriers might seem like a tricky task, too. A lot revolves around your Minimap awareness while facing that ship type. Sometimes, you might also want to disable your AA so as not to be spotted, as many destroyers players suggest, and we decided to implement that feature in the current update. At the same time, carrier players could have struggled with understanding which ship was spotted for their teammates. We mostly resolved it with the introduction of Spotted ribbons for aircraft.

Current state and the future

One of the biggest advantages that carriers bring to the team's table is definitely the ability to spot enemies. At the same time, flattops pack a big chunk of the team's HP pool, which is more or less safe during the first half of the battle. All in all, the ship type proves to be effective enough to consistently be a viable pick compared with other warships. Most importantly, we try to balance CVs as part of the team, not as their peers' rivals. In other words, we want it to be balanced while supporting and fighting destroyers, cruisers, and battleships. 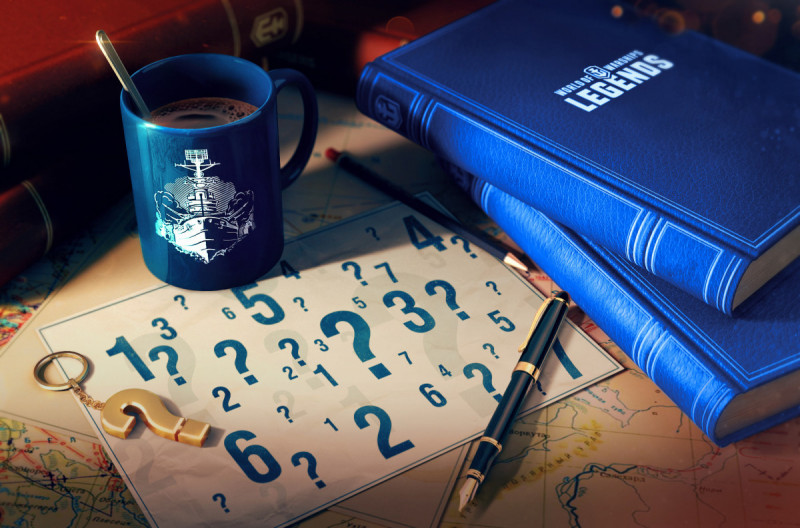 What does the future hold? With the introduction of the Soviet line, we see our carrier lineup as being complete, but that doesn't mean that there won't be more carriers coming in future. On the contrary, we do have plans for more Premium units, as well as possible campaign and Bureau implementations, but goal number one when it comes to carriers from now on is to get to the best balance we can between the researchable ships.

Fly high and turn the tide!