American destroyer Hill is the newest Tier IV Premium ship, and you can get her in one of two ways: 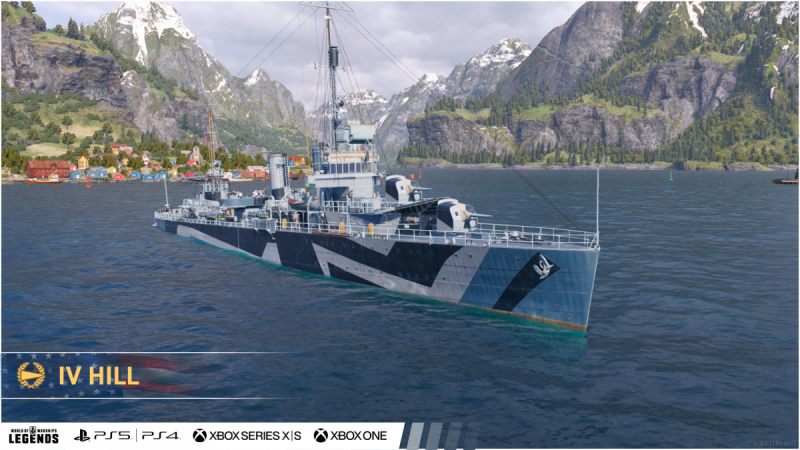 No matter how you decide to get her, Hill is a solid gunboat! We based her on a destroyer leader project dating back to 1918 with modifications that would be viable for the 1920s and 30s. In-game Hill sports five single-gun main battery turrets that house 5-inch (127 mm) guns, and she’s also armed with three triple-tube torpedo launchers. Her gun range is comparable to Tier IV Farragut at 10.1 kilometers, while torpedoes are only good for 5.5 km, which tells us that she’s certainly a gunboat. As such, she provides respectable shell DPM; a good turret traverse speed; and trademark American arcing shell trajectories, which sets her up for HE volleys against enemy ships, no matter their type. Hill doesn’t require you to make any special adjustments if you're already familiar with American destroyers, and she provides the usual Premium XP and credit boosts. Chilling at Tier IV, Hill can be your ship of choice for Ranked and Arena battles in the future, as we're known to dip into the middle Tiers. 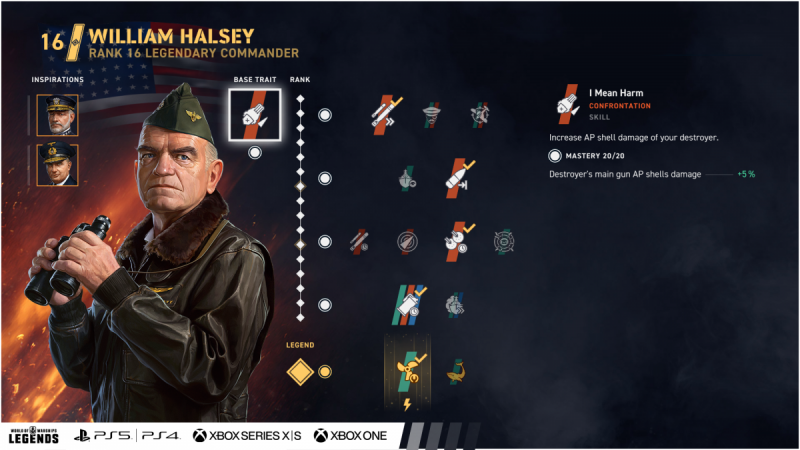 When it comes to choosing a Commander, William Halsey would be our recommended choice, with our suggested build being: Contact Is Imminent, Mortar, Twist n' Track (or A Thousand Cuts if you're adventurous!), Smoke on the Water, and Unstoppable for maximum gunnery and movement.
For inspirations, the trusted course of action is to apply William Sims' Built to Last base trait for extra survivability, and Erich Bey's Shifty for the increased sneak factor.

Become the true king of the Hill, and turn the tide!