Captains, welcome the new update. It brings a significant batch of content, including a very special feature. Let's check all of that out!

Can’t be bothered to read such l.o.n.g. texts? No problem, we have the TLDR for you: 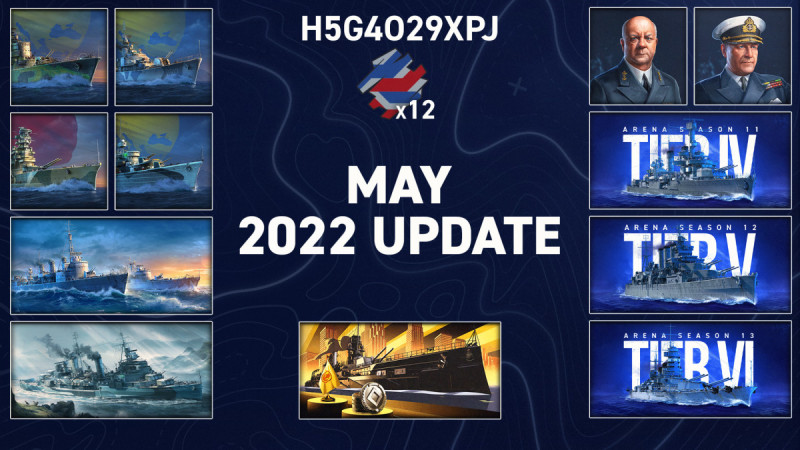 Before we continue, make sure to redeem the code H5G4O29XPJ at https://wowslegends.com/code-redeemer to obtain 12 Union Jack camouflages. 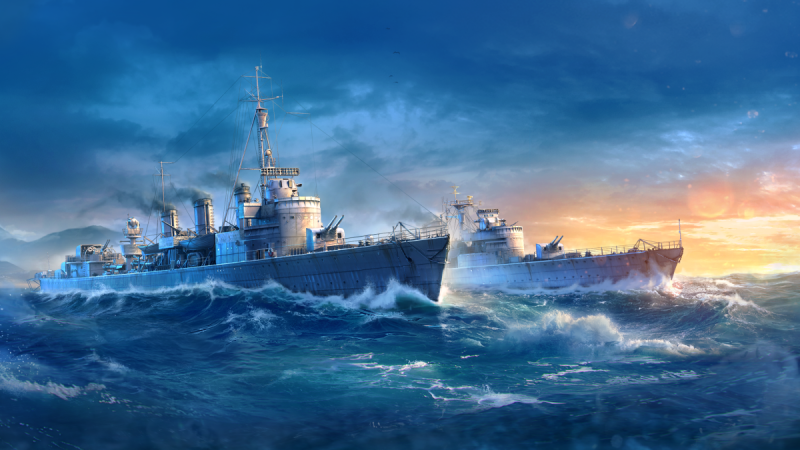 A whole new branch of Pan-European destroyers arrives in Legends, now available in Early Access. It consists of six new destroyers and one cruiser, being the usual entry point of the tech tree. Both Tier I Gryf and Tier II Romulus are unlockable for credits, while Tier VII Östergötland is going to reinforce the destroyer ranks with the start of the next update, marking the line becoming fully researchable. These destroyers don't need Smoke Generators, relying instead on speed and powerful armaments, as well as the Repair Party consumable at higher tiers.

To get the new ships, acquire some Pan-European Destroyer crates, including Big ones. The Big containers, being subject to the guarantee system*, also bring back a Pan-European navy staple: Tier VII Friesland, with her rapid-firing gunboat style ready for you to try out. She is also going to be obtainable for Global XP. But that's not the only comeback we’re preparing—Błyskawica is gonna be available to acquire, too!

*You'll get an Early Access ship (Tiers III–VI) at least in every 20th crate Pan-European Destroyer Big Crate opened; the threshold for Friesland is 30 containers.

One more Pan-European destroyer to get is all-new Premium Öland of Tier VI, starting May 23. To learn more about her, proceed to the New Ships of the Update section, and watch out for another deep dive within a Through the Spy Glass article, which will arrive in the coming weeks.

With more good news, two new Commanders—Conrad Helfrich, who was stealthily added to the officer ranks in the last update, and Stig Hansson Ericson—are joining Jerzy Świrski, hiding inside Commander crate. Each of the three Pan-European Commanders is also obtainable for 900,000 Commander XP in the Store. 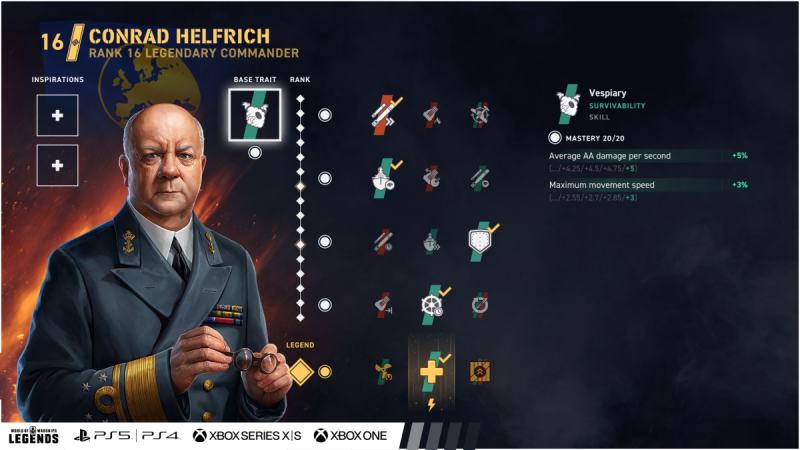 Conrad Helfrich is your universal Pan-European Commander, which means you're going to get him as soon as you acquire your first such ship, be it either Tier I Gryf or any of the Early Access destroyers—or you might have him already! 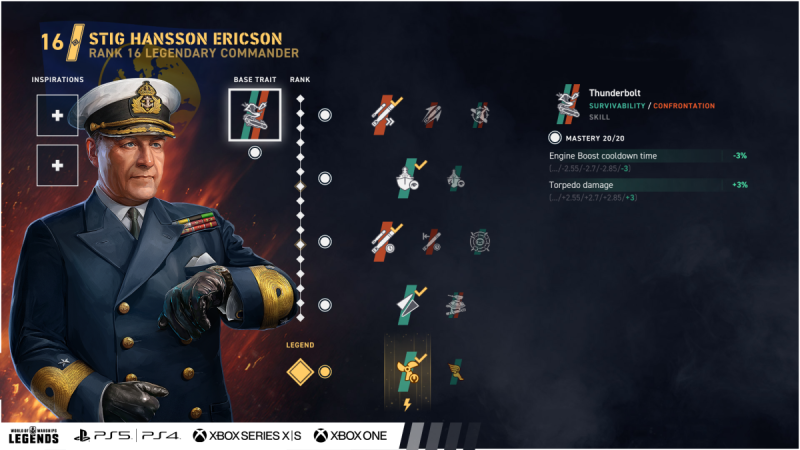 Some say his torpedoes defy physics, others claim he's never set a smokescreen in his life. All we know is he's named (the) Stig Hansson Ericson.

To learn everything about the new ships and Commanders, stay tuned—we'll cover the matter next week in a featured article.

Back to Belfast Campaign 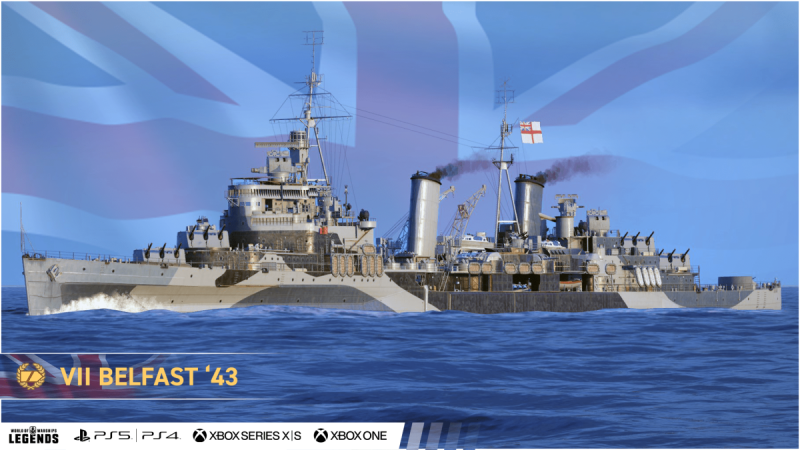 Belfast '43 is the Tier VII version of a cruiser you know and love with AP and HE shells and close-to-American ballistics, but she's now equipped with two triple-tube torpedo launchers. She also has an enviable consumables kit of Smoke Generator, Radar, and Sonar—available at the same time.

To learn more about this ship, stay tuned for a dedicated issue of the Through the Spy Glass blog section, set to go out next week.

The framework of the campaign is probably familiar to you: 100 milestones in 5 weeks with the catch-up mechanic enabled, and if you're up for a challenge, there's also a weekly set of "hardmode" assignments. Let's proceed to the prize list. 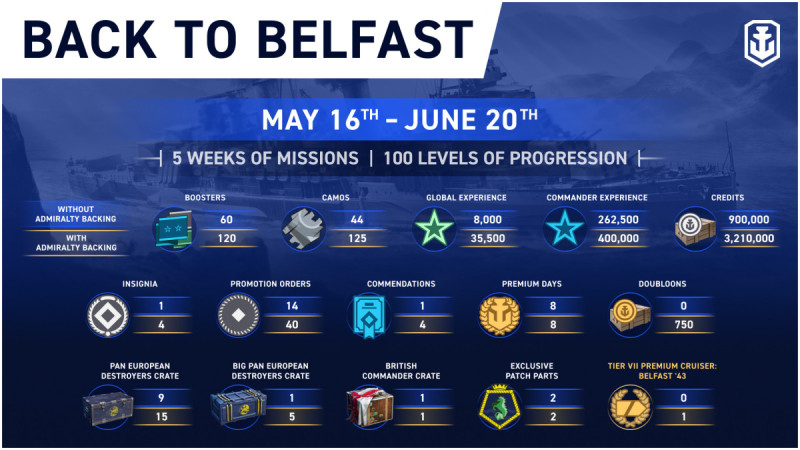 Value of the rewards without the Admiralty Backing: 17,635 doubloons

Total value of the rewards with the Admiralty Backing: 71,530 doubloons

As the campaign contains 100 milestones, if you wish to get everything right away, it'll require 27,250 doubloons. The full breakdown of the campaign missions will be available on Monday, May 16, as a standalone blog post.

Azur Lane & Godzilla vs. Kong Are Back at It 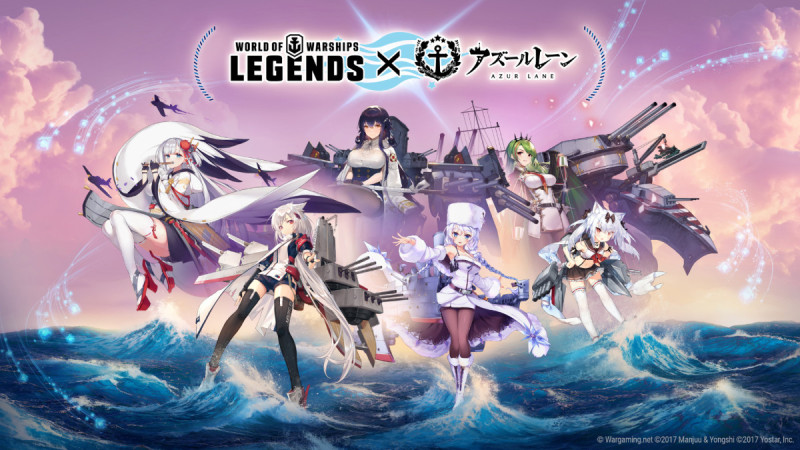 Rejoice, captains! Azur Lane collaboration content, as well as the Godzilla versus Kong collaboration range, will become available once again. Both content sets come back in full, except for Azur Lane Atago. The Azur Lane collection is headlined by the likes of Baltimore, Queen Elizabeth, Graf Spee, and others! Godzilla & Kong items are available until June 6, while you'll be able to get your hands on the Azur Lane goods from May 30 through June 20. 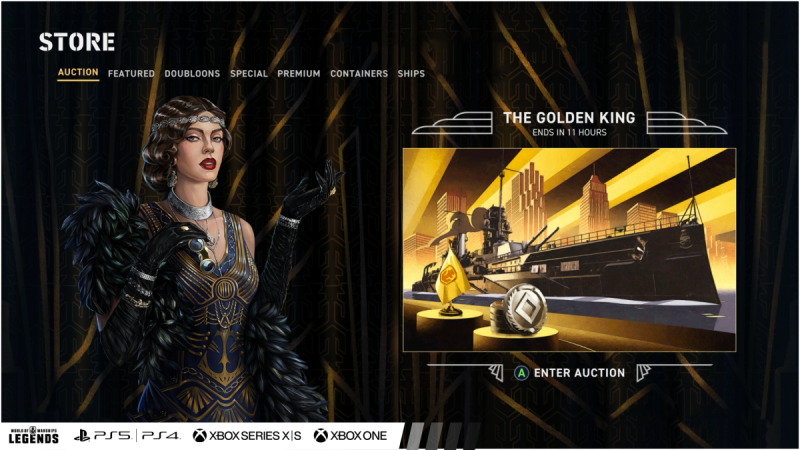 The initial version of the new feature is here! It works this way: Make your bid for a lot—with a finite number of valuable items within each available—and either win and get the goods, or get your bid refunded if you lose. For now, the bids might be placed with doubloons and credits, depending on the exact lot. This update, the auction will be active from June 2 to June 6.

Please help us test it, as we are eagerly waiting for your feedback! Make sure to check our blog—a dedicated article on the Auction, including the full rules and exclusive lots that are going to be available this time, is coming soon.

Arena makes a thunderous return for the new update, with three seasons available over its course. The Arms Race bonuses come back, too, except the one that restores HP, just like you asked! Other than that, no changes—and no carriers. Buckle up and show who's boss! More information is coming your way in a special article, breaking down everything you would wanna know about the Arena seasons, as soon as next week. 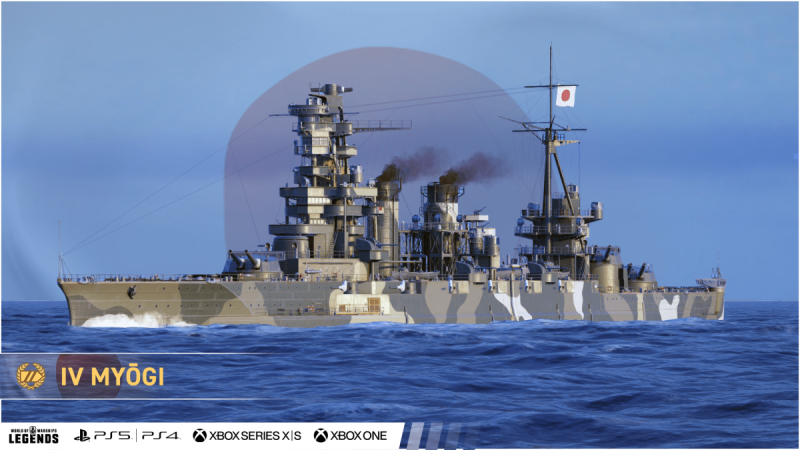 Myōgi is based on project B-40, a precursor design to the Kongō class. Six powerful 14-inch (356 mm) guns, with two of the turrets placed at the rear, make Myōgi a tough fight for all comers. She is also pretty quick and sports respectable AA and secondary outfits for her tier. 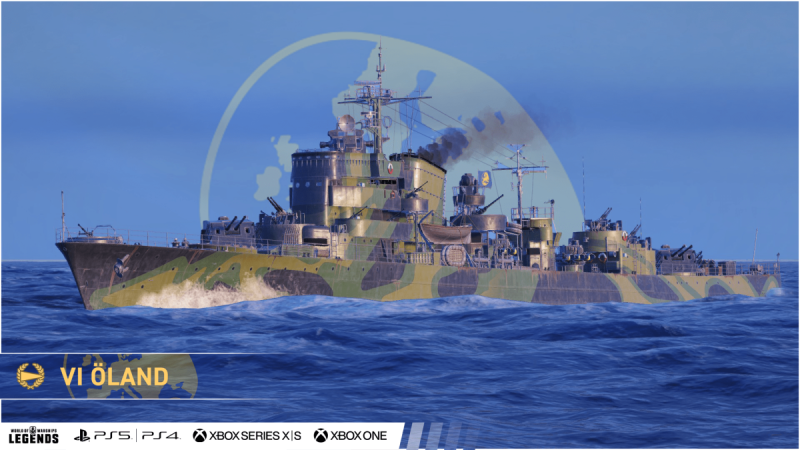 The lead ship of her class, with four destroyers planned and two built, Öland was constructed with the lessons of WWII naval battles in mind. Becoming the biggest destroyers of the Swedish Navy, she and her sistership were in service up until 1979.

A quickshot with strong AA defenses, bolstered by Defensive AA Fire, this Pan-European destroyer is no slouch. Add to that Repair Party and powerful torpedoes, and you have a top contender, but beware—there's no Smoke Generator.

While with this update there are no immediate balance changes incoming, make sure to check our devblog on some upcoming changes here. However, a sufficiently big surprise is lying in wait for you. Stay tuned... 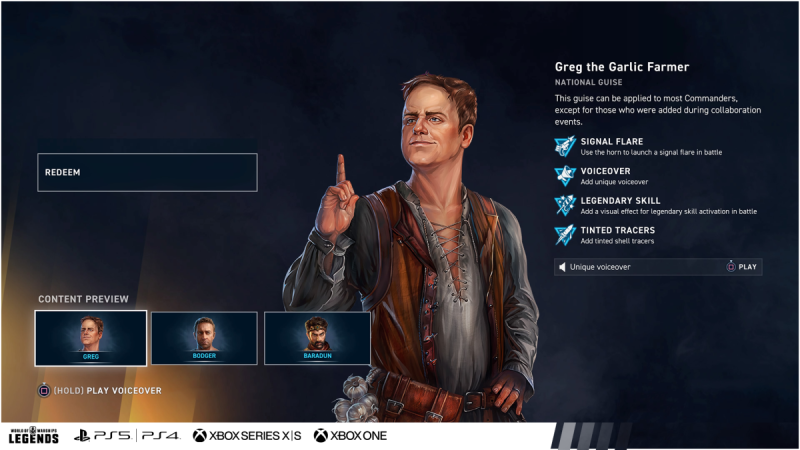 Skins and permanent camouflages, same as voiceovers for Commanders and Commander guises can now be previewed in the Store before you make a purchase. Some minor interface tweaks to smoothen the experience were added as well.

Prepare for summer, and turn the tide!