Today our focus is one of the most iconic ships in Legends, which is fittingly a museum now. That's right: we're talking HMS Belfast.

Her career was nothing short of spectacular. Belfast successfully operated in the North Sea in 1939, the same year she's been commissioned, but ended up striking a mine and going into repair until the end of 1942. Following recommission, which brought along improved firepower, radar equipment, and armor, Belfast served in the Arctic as a convoy escort, including participating in the Battle of North Cape, which resulted in sinking Scharnhorst, and supported Normandy landings in 1944. By the end of the war Belfast was transferred to the Far East, and later even took part in the Korean War. That glorious career could not end up in a scrapping, though. The HMS Belfast Trust under the ship's former captain, Rear-Admiral Sir Morgan Charles Morgan-Giles successfully advocated for the ship's preservation. Belfast is continuing her service—now as a museum ship—moored in London. 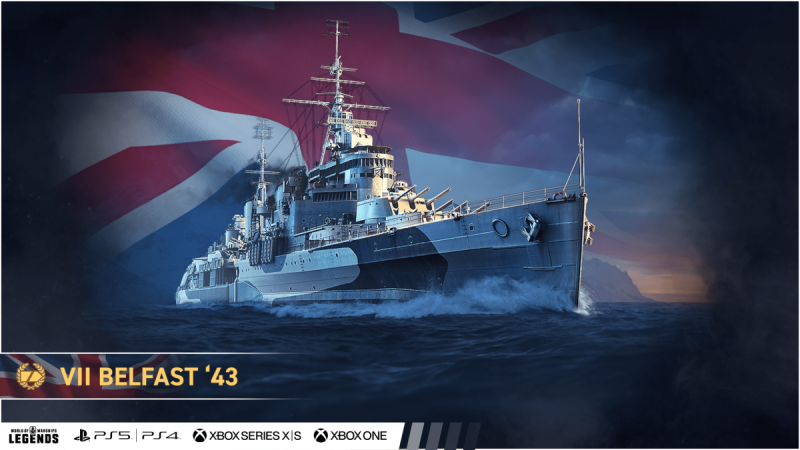 This WW2 version of the well-known Belfast will make you feel right at home, with a little cherry on top. The highly utilitarian light cruiser does require you to adapt from the rather sedentary playstyle of Tier VI Belfast to a more mobile, sprightly one, as her quick reloading Smoke Generator consumable also comes with limited dissipation time, though you'll start with a generous amount of charges. One more thing that Captains will have to be wary of while facing this new contender is torpedoes: yes, Belfast '43 gets access to a small set that can be very useful against the occasional target that comes too close. Beware: if battleships can get past your fiery shell barrages, they won't have too much trouble dispatching of your fragile hull. 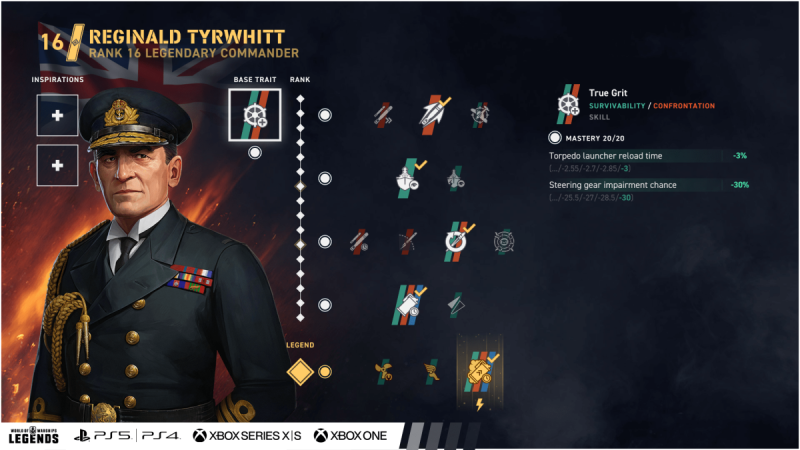 Admiral of the Fleet Reginald Tyrwhitt, while being a very odd pick for the ship, can still provide one very interesting build, with his base trait "True Grit" reducing your torpedo reload time as well as protecting your steering from incapacitation. This is where it gets spicy:

Regarding inspirations, we leave the selection to your own discretion.

Feel the touch of history with Belfast '43 and turn the tide!