Ordered in 1943 and completed in 1947, Öland was created bearing the lessons of naval battles of World War II in mind. She was the lead ship of a planned series of four ships, but only two—including Öland herself—were actually completed. They became the largest destroyers of the Swedish Navy and remained in active service up until 1979. 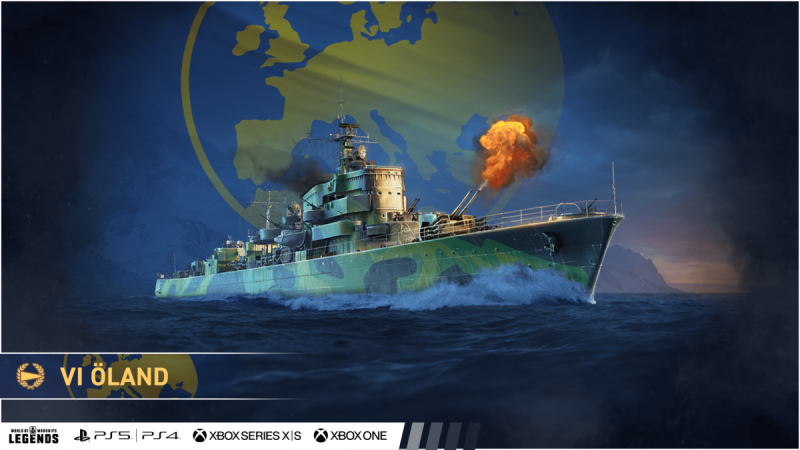 While Öland is late to the “party” when it comes to “Repair Party” on destroyers, she sure brings something new to Legends' waters when placed alongside Orkan and Błyskawica—she has very strong AA defenses and torpedoes that only the most skilled Captains will be able to dodge.

This unusual DD won't break any records in terms of her HP, speed, or gun caliber, but she compensates for this with a high rate of fire, good maneuverability, and decent concealment. You'll also have access to an array of consumables such as Engine Boost; Repair Party, as mentioned before; and Defensive AA Fire. 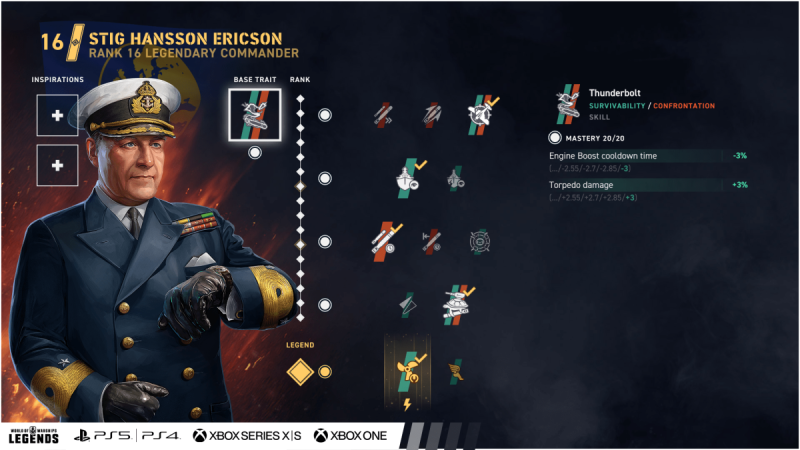 Swedish naval officer Stig Hansson Ericson's skills are tailored for the new Pan-European destroyers, Öland included. His Thunderbolt base trait decreases your Engine Boost cooldown and increases your torpedo damage. For the rest, we recommend selecting the following:

Regarding inspirations, we leave the selection to your own discretion. If you're keen on learning more about Pan-European destroyers and their Commanders, please check out a dedicated article on Early Access ships here.

Prepare in advance, and turn the tide!