The fastest and sneakiest ships of Tier VIII are taking the spotlight in this blog post! They tried to avoid it to stay in concealment & smoke, but our team managed to spot them and collect enough intel to tell you everything you need to know. Let's check it out!

To learn about Tier VIII cruisers in detail, proceed here. 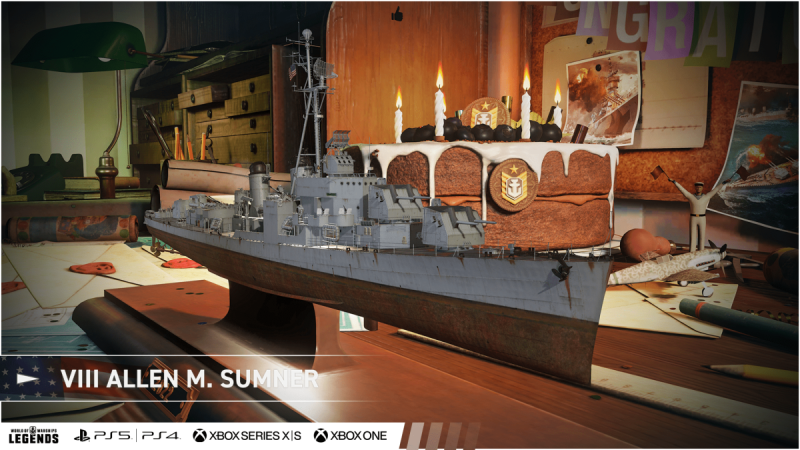 The lead ship of a 58-ship destroyer class, USS Allen M. Sumner was named after Allen Melanchton Sumner. He was a U.S. Marine Corps captain who was KIA during the First World War in France. This was the second destroyer to take his name, after a Clemson-class destroyer that had remained in service until 1934.

Her battle path started in the spring of 1944. Later that year, Allen M. Sumner joined the Fast Carrier Strike Force to operate off the shores of the Philippines as an escort vessel while engaging Japanese warships. After taking damage as a result of a kamikaze attack in January 1945, she sailed back to the United States for repairs. Following that, she served as a training ship for destroyer crews, and she met the end of the war on her way back to the Pacific.

Allen M. Sumner is a typical American high-tier destroyer in many ways—she has Smoke Generator with a longer duration, long-range torpedoes (with the same 16.5 km range as Gearing!), and above-average AA defenses. That's a cool mix! 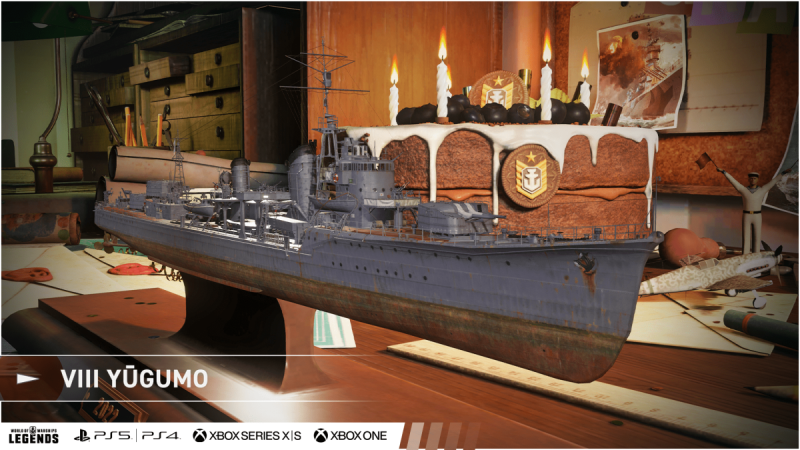 Yūgumo and her 18 peers were basically the Kagerō class with minor improvements in terms of their AA capabilities, and they were predecessors of the Akizuki class, mostly used as escorts for primary fleet units. Nineteen additional Yūgumo-class destroyers were ordered but then canceled, and none of those that were built survived WWII.

The ship herself enjoyed a very eventful career, and she participated in the battles of Midway, the Eastern Solomons (including the evacuation of troops from Guadalcanal), and the Santa Cruz Islands. Yūgumo was sunk in October 1943 during the battle of Vella Lavella, but not before irreparably damaging USS Chevalier with a torpedo.

The in-game version of the Japanese destroyer enjoys hard-hitting torpedoes, impressive concealment, and decent fire-starting chances for her main battery. The Torpedo Reload Booster consumable (albeit in the same slot as Smoke Generator) nicely torps off her set of abilities. 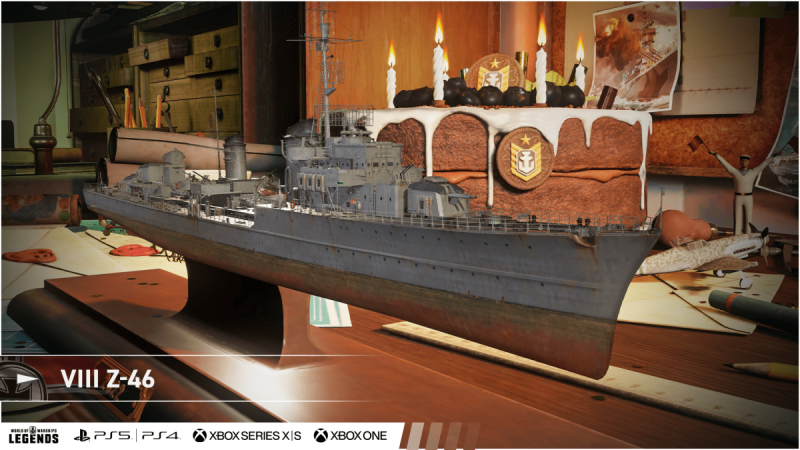 One of the five 1936C destroyers that were planned to be improvements on the 1936A and B classes, Z-46 was laid down in 1941 together with Z-47. However, a variety of problems such as air raids and copper shortages, exacerbated by other supply difficulties, prevented the ships from being completed. Both hulls were blown up by Allied forces in 1945.

Z-46 employs Sonar like most of her higher-tier German peers, and she provides reasonable gunnery stats—especially for AP shells—alongside a solid HP pool to play with. If you're looking for an all-rounder, she’s definitely a great choice. 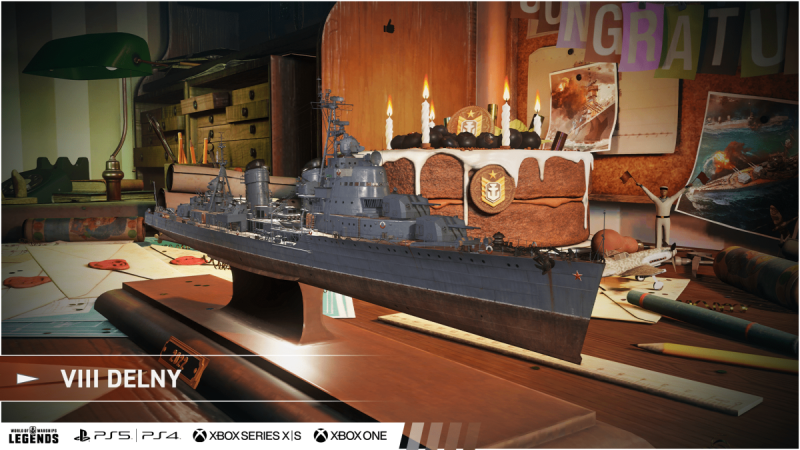 A version of a projected class that was intended to follow the Tashkent class, Delny carries different torpedo armament and is armed with improved artillery of a post-war design. She's well-protected, both in terms of her HP pool and armor—the largest and thickest among researchable Tier VIII destroyers. Throw in a Repair Party with two charges (at the expense of Smoke Generator, though) and you have a true survivor that can bite pretty hard, too. Her gun range and speed are the best among her Tech Tree peers, even if by a bit, while her torpedoes are more of a relatively short-range weapon compared to her rivals—with ''only" an 8 km reach.

Tier up, and turn the tide!