The one-and-only German wartime aircraft carrier ever to be launched, Graf Zeppelin is a famous ship despite the fact that she was never actually completed. By September 1939, she was around 85% ready, but priorities in shipbuilding and naval warfare changed, and the carrier's construction was halted. It resumed again in 1942, only to be finally stopped in 1943. The ship, projected to be a house for 42 fighters and dive bombers, was scuttled by the crew in the Baltic in April 1945. A year later, she was recovered by the Soviet Union and sank again the following year during weapons tests. 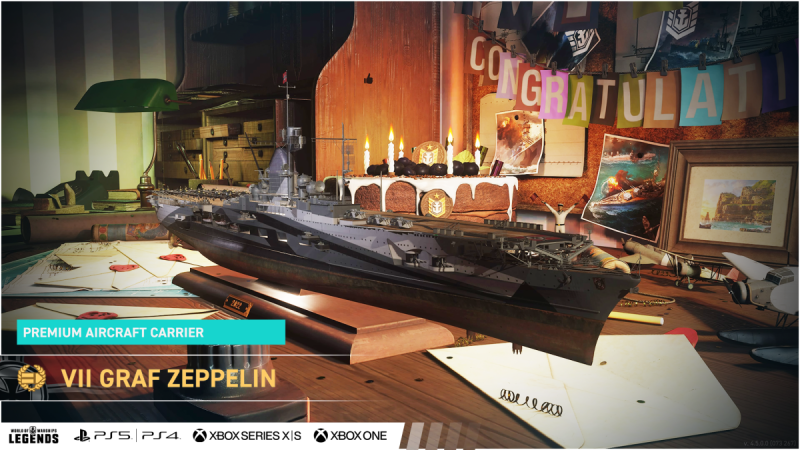 Zeppelin has the fastest planes in the game, both torpedo and dive bombers. The latter boast German-exclusive—and very precise—AP bombs. Add to the mix a respectable secondary suite and you have an enticing carrier to try out in battle. 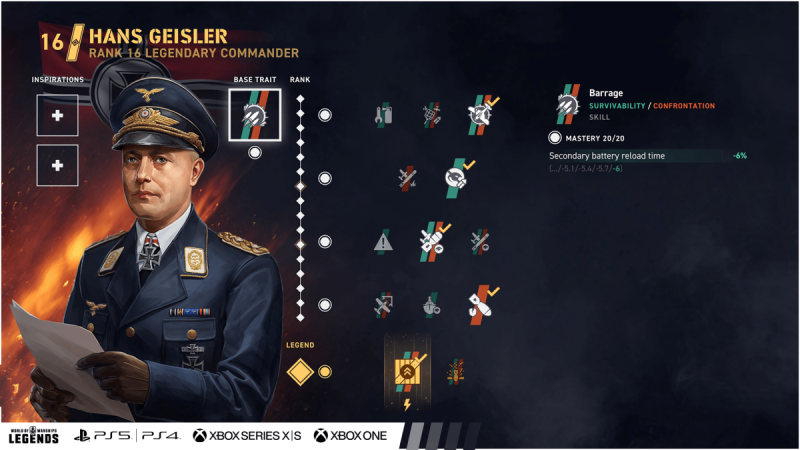 Even if you're not a ship enthusiast, the name Graf Zeppelin resonates as much as that of Bismarck in the realm of naval legends. This German aircraft carrier brings a few unique features to discern herself from her Tech Tree counterpart at Tier VII: very fast aircraft with decent HP and versatile torpedo bombers, but most importantly—very accurate AP dive bombers. While Graf Zeppelin won’t beat any records in terms of striking power, she makes up for it by following the "jack of all trades" aspect that so many other German ships have in our game. Additionally, Graf Zeppelin comes with the best secondary range of any Tier VII carrier, and while this armament won't rival battleships, it may definitely come in handy in a pinch.

Dedicated German CV Commander Hans Geisler and his "Barrage" base trait are the obvious choice. The rest can be as follows:

Climb that stairway, and turn the tide!