Server maintenance will take place on October 5, after which the Update will be pushed to consoles.

Welcome to October, Legends! We've prepared yet another shipload of content to warm your fall moods! You can expect a new Campaign to earn Benham; a USN Tier VI Premium destroyer; the Italian cruisers to arrive en force, with the much-anticipated Exhaust Smoke Generator upgrade and ready to be researched; and finally, the Soviet destroyers to receive some eagerly awaited buffs. A fresh tactical feature—the sector alert function—will make battle communications a tad clearer, and there's something special in store for Halloween as well!

You've been asking for another destroyer Campaign, and that's exactly what we're delivering! USS Benham—the lead ship of her class—made herself particularly essential in the Battle of Midway, during which she rescued hundreds of personnel from aircraft carrier Yorktown and destroyer Hammann. In the game, she’s not a typical USN destroyer, as she sports eight torpedo tubes per side—a feature that can unleash quite a nasty surprise for any ships that dare to come within range.

Benham awaits you behind the 80th milestone of the Campaign, which also offers an array of desirable rewards on your path to the top. In addition to the usual selection of goodies, you'll also find Halloween '20 crates. These hold some interesting items: ranging from Rust Bucket Disposable Camos to give your ships that battle- and time-worn look, to unique Halloween Commanders, all specializing in destroyers—one for the U.S., one for Germany, and one for the Soviets. Moreover, Grade 4 Halloween Skins for Benham, Z-23, and Ognevoi can be found in Halloween ’20 crates. Additionally, each container will drop 250 Tabz—a special currency that can later be spent on upgrading the Halloween ships and acquiring special Store items, including Soviet Tier VI Premium destroyer Ognevoi!

One important note about the Halloween '20 crates—the Skins you can find inside do reroll, while the Commanders do not. This means that it’s possible for you to get duplicate Halloween Commanders before you collect them all.

An important thing to note about this Campaign is that we're going back to resetting the Weekly Havoc, as the name suggests—on a weekly basis. In addition, a Hardmode mission chain is available from day 1. This time, however, you'll be able to use your Legendary ships to complete the Hardmode tasks, but the requirements might change accordingly. If you wish to use lower-tier ships for these tasks, feel free to do so, as you only need to complete one card of each Stage. Please keep in mind that there is one task that requires you to hit the enemy with torpedoes 10 times in a single battle, and this particular task can only be completed with non-Legendary ships for obvious reasons. 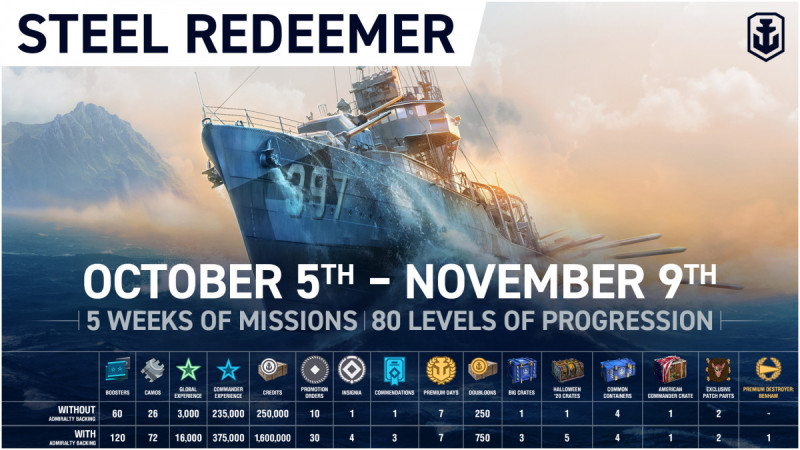 The Steel Redeemer Campaign runs until November 9. The Admiralty Backing for this Campaign costs the usual 2,500 doubloons, and below you will find the rewards you can get.

Total value of all rewards with Admiralty Backing: 50,052 doubloons

These exquisite machines arrived just a month ago, only to receive a major update already. We're talking, of course, about the Exhaust Smoke Generator consumable, which allows these ships to obscure their silhouettes even when moving at full speed. However, the consumable’s duration is anything but long. Each of the Italian cruisers, starting with Montecuccoli, have two Exhaust Smoke Generator charges by default. 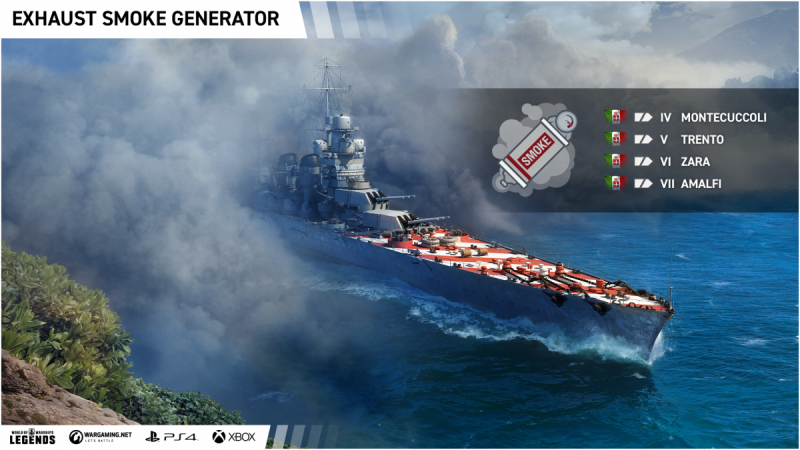 The newcomer of this line is the beautiful Amalfi. She's quite fast, armed with accurate 203mm guns in three triple-gun turrets, and sports the same torpedoes as her predecessor, Zara. The torpedoes might be slow, but they are sufficiently hard-hitting and far-reaching, and especially effective when launched from within smoke screens deployed on the fly. Their launching angles are also pretty terrific, while the torpedoes aren't easy to detect. Other than that, she has one of the biggest HP pools in her class, but that exterior plating won’t stop much, so weigh up your options carefully before brawling. 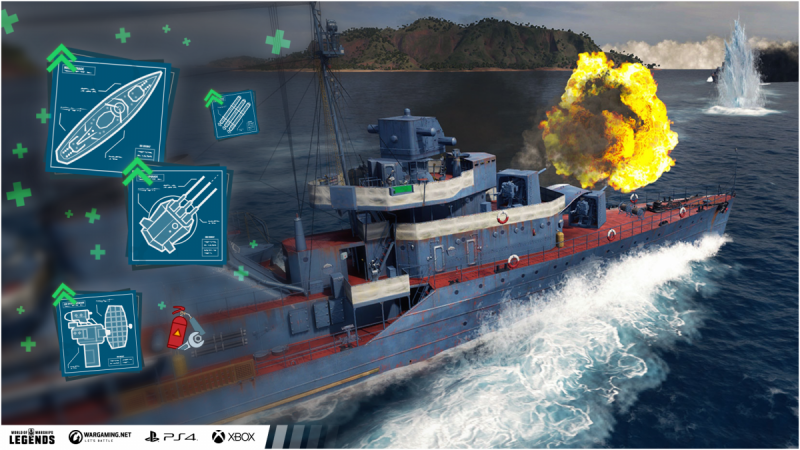 Ever since their release, the Soviet destroyers have been deemed a line with unrealized potential. While we didn't see dramatic drop offs in their performance per se, the higher tier ships, and especially Tashkent, required supreme precision from their Captains to be worth it. To offset this and provide the ships some "breathing room," we're introducing several measures to bring the line on par with the competition. The buffs include a better gun range, quicker-shifting rudder, improved incapacitation resistance for the steering gears and engine modules, faster torpedoes, and Damage Control Party with a longer duration. All this should lead to an increase in ships' damage per minute output, as well as their ability to stay afloat for longer, while the quicker torpedoes are designed to help in escape scenarios. The full list of changes is as follows: 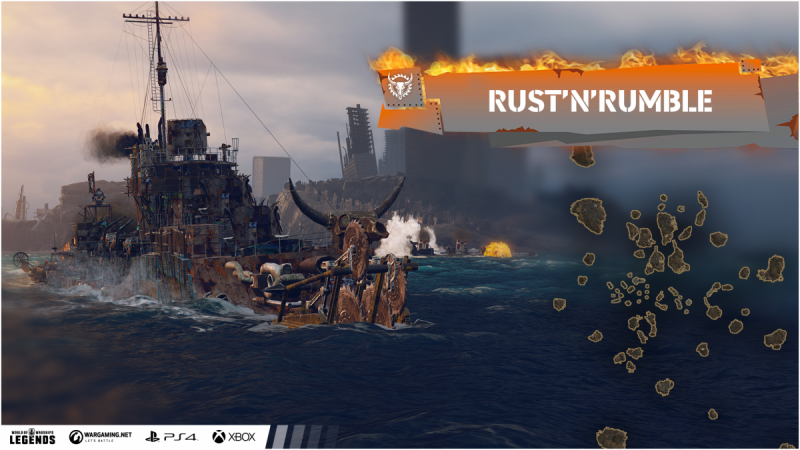 This Halloween, we're back with another special event! This time it's a post-apocalyptic destroyer Team Deathmatch! Expect four teams of three specially prepared destroyers to slug it out in a sunken and decrepit cityscape. Here's the catch—there's no hiding, meaning that everyone can see everyone else! The ships themselves have different strengths, but none of them have smokes, so it's going to be a good-old shootout. You’ll also receive a choice of three fully ranked-up event Commanders to man your vessels. The event itself will begin on October 19, and we'll share an additional article with more details on October 15.

The following Premium ships are planned to be added during this Update: