Server maintenance will take place on March 9, after which the update will be pushed to the consoles.

Welcome to March! And “march” forward we will… This time with an entirely new nation to add to your Port: Russian and Soviet ships. To underline their grand entrance, we're also introducing cruiser Mikhail Kutuzov as the final milestone of the "War and Peace" Campaign. You’ll also be pleased to know that the Campaign has had its missions tweaked further!

An Introduction to the Red Fleet

The Voenno-Morskoy Flot (Navy in Russian) ships rely on their near-flat ballistics and various other features to provide their versatility. For cruisers, we're looking at good distance control thanks to their 6-inch guns, as well as Radar at higher tiers to keep the destroyers at bay. Torpedoes also come equipped as stand, starting with Tier III Svietlana, and they definitely make for great defensive kit, but be sure to combine them with your main battery. The newcomers by order of tier are: 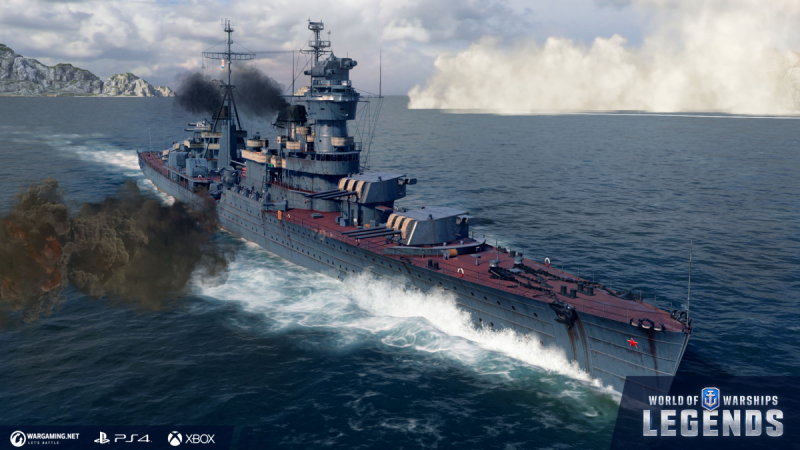 All the cruisers will become available for you to research and purchase once the Update goes live, so try them out and find the skill and mod combos that work best for you.

Destroyers are entering our waters via Early Access, and you'll be able to get the containers that have chances of dropping them from the new "War and Peace" Campaign in exchange for Rubles, as well as from the Shop. This deadly bunch rely heavily on their guns, and while their torpedoes may not have the best ranges, they are pretty fast. The entire line will become available with the next Update. The four new arrivals for those that get lucky during this Update are: 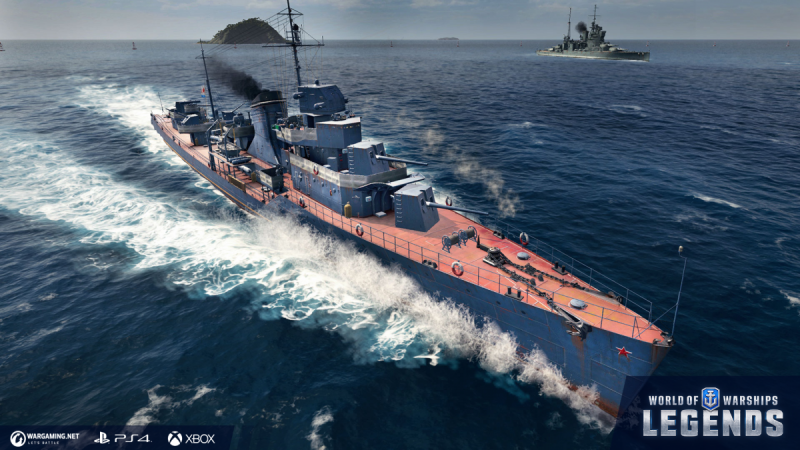 If you don't care for Early Access, then simply wait for the next Update when these destroyers will become researchable and are set to be joined by Tier II Derzki and Tier VII Tashkent.

The ships, of course, require Commanders to lead them into battle, so Anton Gurin is set to be joined by six highly esteemed Russian and Soviet gentlemen: 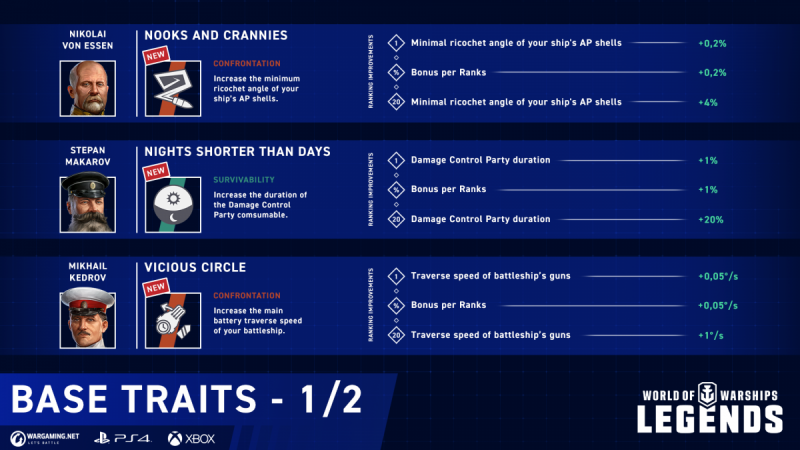 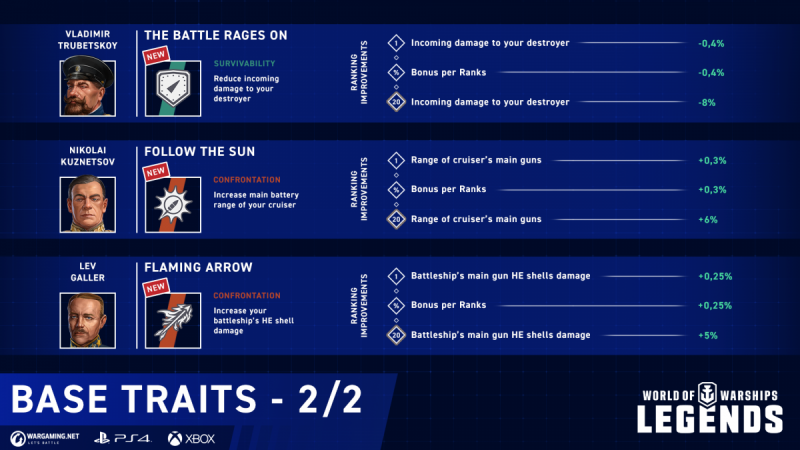 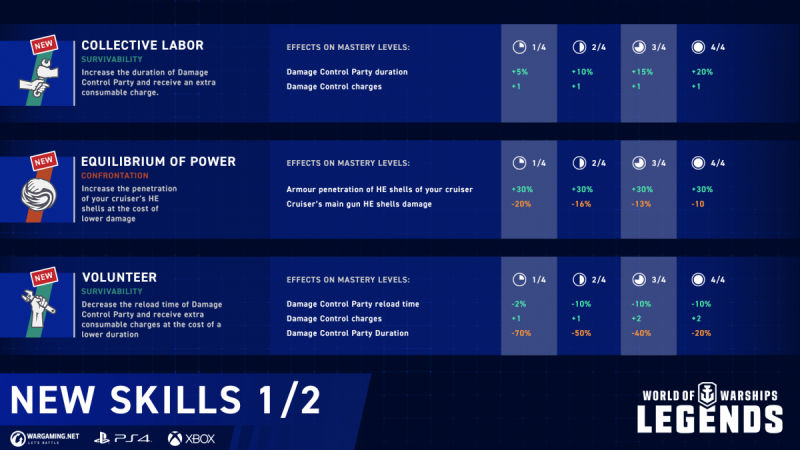 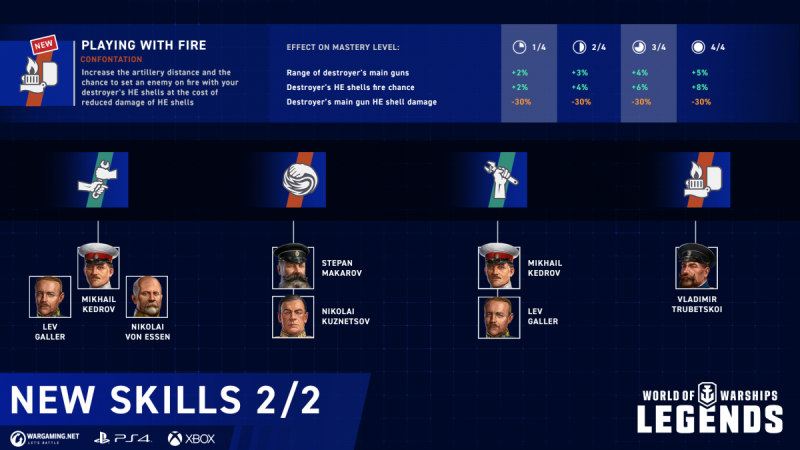 Mikhail Kutuzov, one of the ships built as part of the progressive 68-bis project, has access to Smoke Generator and Sonar. She also possesses the same ballistics that other Russian ships enjoy, making her quite a force to be reckoned with at Tier VII. Standard Premium bonuses for the tier apply: +15% credits and +25% XP. You’ll obtain the ship at the end of the 95-level Campaign, along with some of the usual accompanying items. These include ship and Commander consumables, as well as the new Ruble currency and new containers that offer chances of accessing the Russian destroyers in Early Access. There are also several Soviet crates to obtain as you progress through the Campaign’s levels, so you'll have chances to unlock some ships either way. Rubles can be earned from the Campaign, as well as from the Daily and Weekly Missions.  To decorate your Russian ships, the special "Victory" camouflage is available from the Campaign and Admiralty. Please keep in mind that it's impossible to get every item in the Admiralty in exchange for Rubles, so plan your purchases wisely! 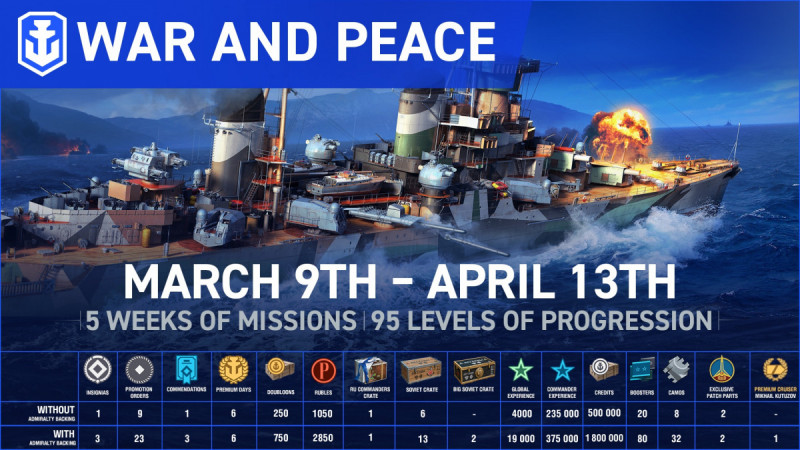 Total value of the rewards without the Admiralty Backing: 18,528 doubloons

Total value of the rewards with the Admiralty Backing: 72,250 doubloons

If you feel like you need Kutuzov and all the other rewards instantly in your Port, it would take you 26,000 doubloons (2,500 Admiralty Backing + 23,500 for each milestone). Otherwise, complete the Weekly Havoc mission each week and get the Admiralty Backing at the very end, or enjoy the free rewards. A special patch is also a part of the Campaign cache.

Combat missions are a feature that you will have become very familiar with by now, and we felt that it was high time to spice them up a little, so here we go:

This Update brings only one, albeit significant balance change: the matchmaker will now mirror the number of destroyers in teams. However, it will also allow for different numbers of battleships and cruisers per team. This change has been made on the basis of your feedback on destroyer balance making or breaking the games for you, seeing how capping a lot of times can win or lose battles. The main strengths of battleships should allow for a more close game, even if there is a different number of them on each team. This measure is, of course, somewhat experimental, but it is not one that would be difficult to roll it back. We're going to try this for at least a few weeks to get some stats and your feedback. We still believe that completely mirroring teams in Standard battles is somewhat boring, and will have more Ranked seasons to fulfill that purpose.

Please note that these changes are only applicable for Tier VI and VII!

We're going to keep this section short, just so you have the basic info on what to expect and when. More details on each of the ships will appear on our socials before the sales begin. 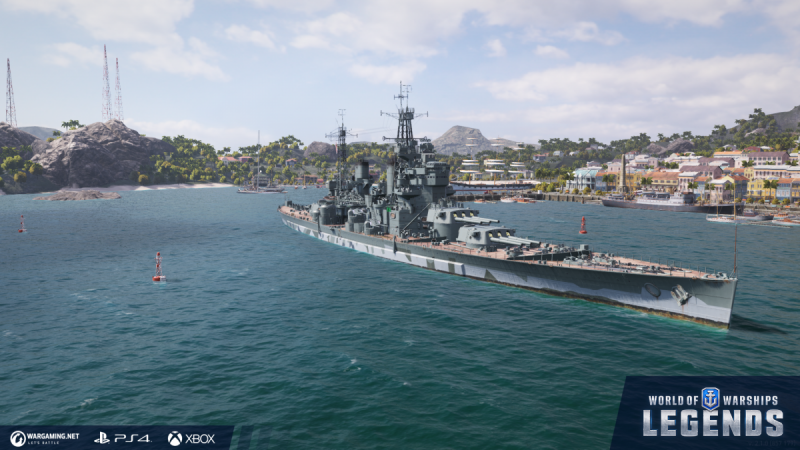 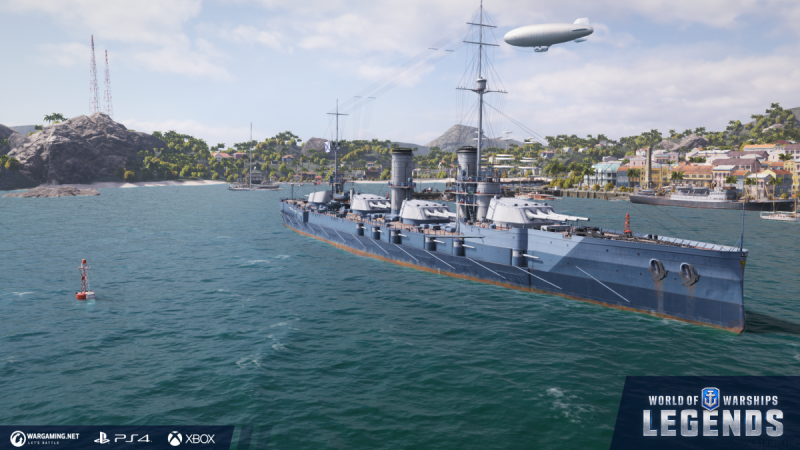 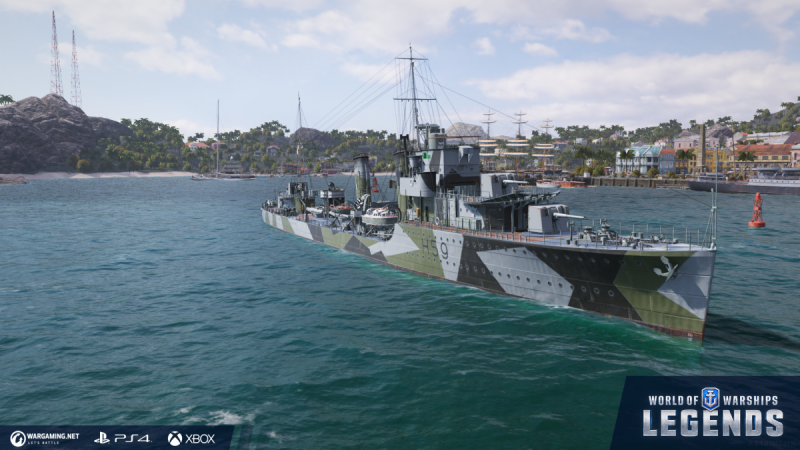 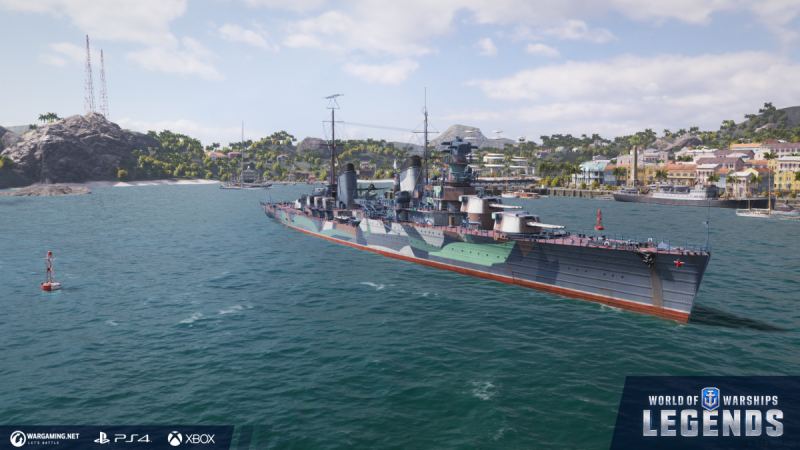