We’re back with two more Ranked Battles Seasons, and we’re switching up the format to keep it fresh and increase the challenge. The last two Sprints were absolutely the most popular Ranked format we’ve had so far, with up to 50% more players than usual taking part. However, we received some feedback that it wasn’t challenging enough, as the rules were very forgiving for the whole Season.

To bring Ranked Battles to a (hopefully) happy medium, we’re adopting the lessons we’ve learned and combining the more hardcore format with some of the Sprint leanings to provide you a hybrid that offers three distinct difficulty levels divided between the three leagues. What we wanted to accomplish is that anyone with some time could earn a bit of Steel if they so desired, while those that are ready to run the whole gauntlet would get even more.

Progression is the key principle of these new Seasons. You’ll move through different ship tiers, team sizes, and even safety nets on your way to the higher ranks.

As always, you gain Stars by winning battles and lose them by, you guessed it—losing. However, when you perform exceptionally for the losing team, you get to retain your progress, unless you’re in League 1.

A completely new addition for this Season is the ability to display your winrate on the Battle Results screen. To do so, go to Game Settings>Display and enable display of the winrate. It is turned on by default and is only available for the Ranked mode. The winrate itself is displayed as colored shields in place of the custom patches when you press a button on the post-battle Team Results screen. The legend for the shields can be found in Service Record after pressing the left stick. You’ll only be able to see the winrates of players who have turned the display of them on.

You’ll find that the teams can be of different sizes even within each league. This is done to speed up the matchmaking process. If there aren’t enough players in your particular queue, you may well start the battle with smaller teams. However, there are particular time thresholds and larger teams will initially be prioritized by the matchmaker.

The exact rules for the Seasons are as follows: 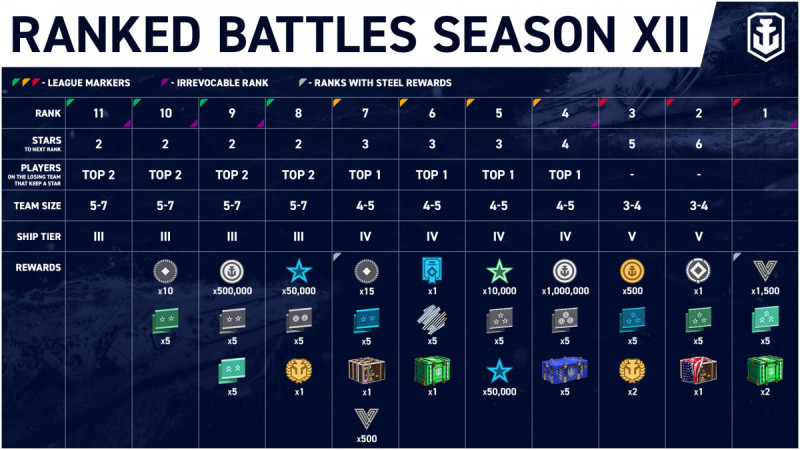 This Season’s primary difference in contrast with the previous one is that the ships move 1 tier up: IV, V and VI. The battles will begin on June 3 and end on June 14. 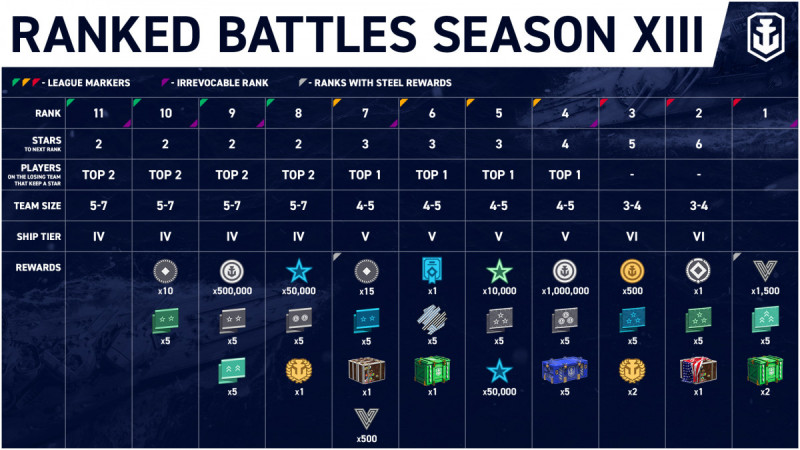 Maps for both Seasons:

We wish you luck on your Ranked journey and look forward to your feedback, wherever you want to leave it!