Very green but never mean is the spirit of the Saint Patrick's Day content for this year. Before we list every in-game item you can get this season, let us wish you all the luck of the Irish and lots of gold at the end of the rainbow. 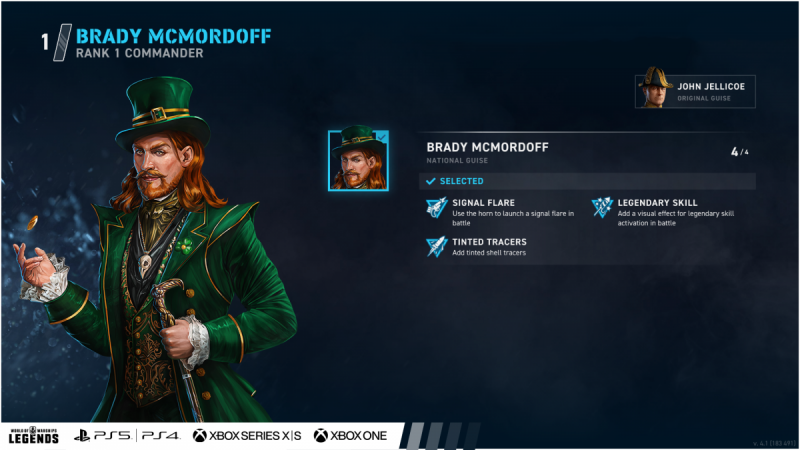 First, there's Brady McMordoff, the long lost and quickly found alleged brother-cousin of Vincent Mordoff with a green outfit and green disposition. Some say he might be a leprechaun, but who's to judge? That aside, if you acquire the McMordoff guise for your British and U.S. historical and event Commanders, he will make a lot of your combat green: shell tracers, the signal flare when sounding the horn, and the fireworks that are visible to your teammates whenever your Legendary skills activate. 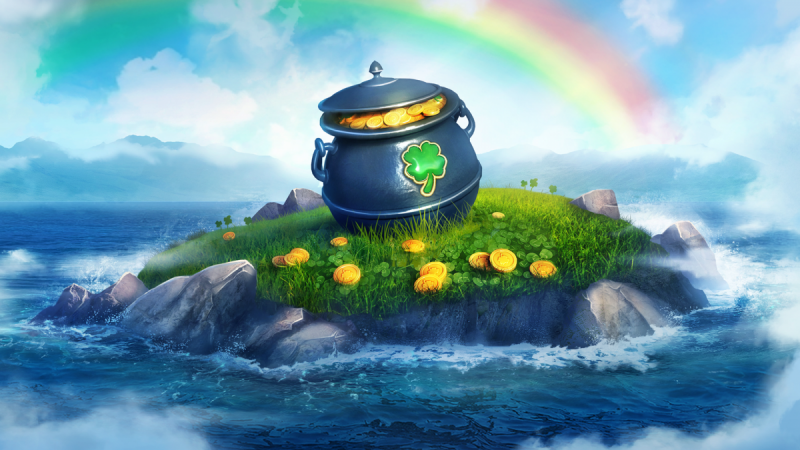 Then comes a vessel you know and (perhaps) love—the illustrious Pot of Gold. A crate guaranteed to boost your reserves with 1,250 doubloons and 3x St. Paddy's camos. It also has chances of dropping a superprize or a very green skin for one of the British cruisers, this time including the all-new Tiger '59 alongside Belfast. Those of you who crave Belfast herself will also be able to get the cruiser for 12,500 doubloons up until April 11.

We'll also distribute a new flag and patch so you can show your affinity to Saint Patrick and improve your luck as much as possible.

And now, let's turn our gaze to what some might find most important in this content selection: a new British Tier VI Premium cruiser, Tiger '59. She started out under the name Bellerophon in 1941 and was built as part of the Minotaur-class light cruiser line. However, as these cruisers were lower on the priority list—particularly losing out to anti-submarine ships—she was only finished as late as 1959. Tiger is the name the ship received in 1945 when she was launched. Tiger is a thing of her own, not really reminiscent of any of her British compatriots. She wields two double-barreled turrets that reload with lightning speed, but those are her bread and butter, and losing either of them can spell the end of her prowl. Keep your distance and put that Radar to good use, otherwise, losing half of your damage is quite possible. But let's imagine your turrets are fine, what then? First of all, the reload time will allow you at the very least to become a major annoyance to your opponents, but seeing how Tiger only slings AP shells, your primary targets are soft cruiser broadsides, followed by destroyers and battleship superstructures. You won't have any torpedoes, so once again, try to keep your guns working at any cost. Otherwise, Smoke Generator and Radar in separate slots will help your defense immensely—her weak armor will require you to take a lot of defensive action. Most importantly, Tiger is quite different, and we hope that those of you who choose to ride the big cat will appreciate that contrast.

Best of luck, and turn the green tide.