Dear Legends, it’s time for you to reach for the stars! From March 22 until April 12, you can do exactly that in Stellar Clash, our special seasonal mode that’ll put you in a free-for-all situation with a few complications thrown in to make your quest to the top that bit more difficult. 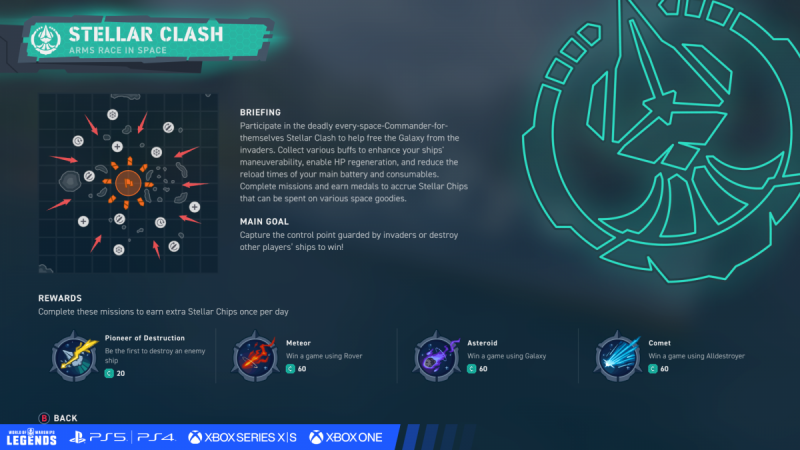 In short, you’ll battle against eight other players using one of three specially prepared “space ships” manned by special Commanders. These are truly the stars of the show, and you can develop their power by collecting boosts scattered across the battle map. These boosters will improve your gun and consumable reload times, maneuverability, and HP regeneration, and you can expect them to appear in several waves at random locations.

Commanders and ships can be mixed and matched, but there are obvious combinations: John Luke Pickup makes the biggest impact when controlling Alldestroyer, Shelly Beapley turns Galaxy into a true weapon of reckoning, and Space Fishy is best when taking Rover into battle.

The Commanders are fully ranked up, while the ships themselves do not require any upgrades, so all you need to do is head into battle and win!

However, winning will prove to be a tall order, as there are many hurdles in your way. Other than the eight players looking to beat you to that sweet victory, you’ll have to carve through numerous invader bots—their ships are weaker, but that won’t make them hesitate in their quest to destroy any and all players.

To win the battle, you need to either destroy all the player or non-invader-bot opposition, or hold the area in the center until it is capped. You’ll find that the two objectives are intimately close, as your enemies aren’t likely to let you take control of the center without a fight.

While participating in Stellar Clash, you will be earning Stellar Chips, which you can later spend in a special tab of the Store. Offers will include the Commanders you get to try in the mode (5,000 Chips each), as well as several space Skins for your ships (Grade 1 Skins for Pensacola, New Orleans, Algérie, and La Galissonnière). Additional Skins, as well as Commanders* and Disposable Camos stylized for the event, will be available from Stellar containers that can be purchased in the Store**. The drop rates are, as usual, available at wowslegends.com/containers. 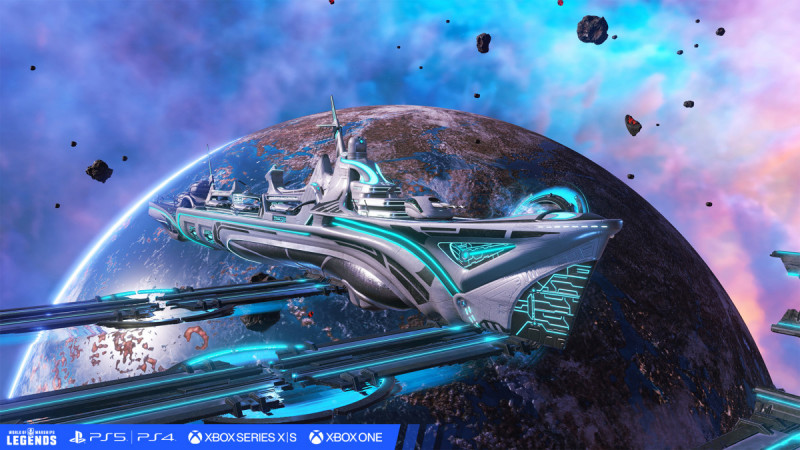 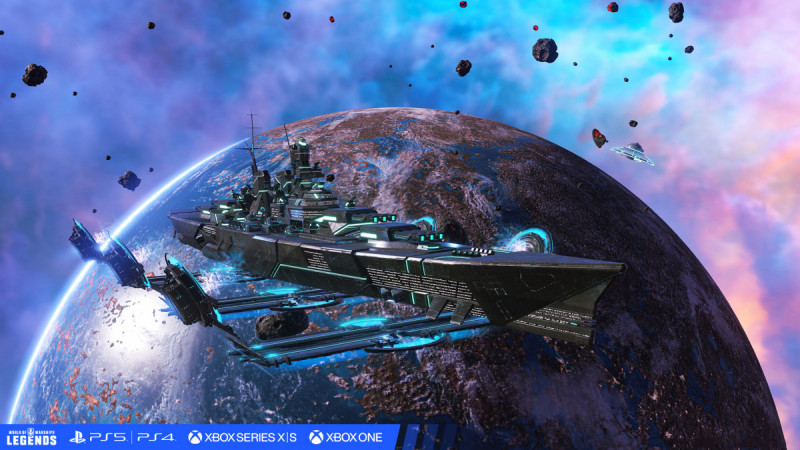 To amass the maximum amount of Stellar Chips from playing, you will need to complete the special missions that refresh every 3 days. Missions are focused on dealing damage to any ships in the mode, as well as destroying invader (bot) ships. Additional Chips can be earned for winning daily medals: First Blood and winning on each of the ships available in the mode (one medal per ship). Please note that only the first instance of earning those medals in a day will rewards you with Stellar Chips. The maximum possible earnings for missions are 6,300 Chips, while achievements can net as much as 4,200 Chips. Additional missions that allow you to essentially convert doubloons into more Chips will be available through the Store. These missions*** can also be completed in the Standard mode and can net you 4,500 Stellar Chips each. The top reward that’s available for Stellar Chips is Japanese Tier VI Premium destroyer Yukikaze, however, you cannot get her by playing alone and will need to get at least 2,000 extra Stellar Chips, as she costs 12,500 Chips. Yukikaze is very much a typical Japanese destroyer with fast and powerful torpedoes, as well as great concealment.

Have fun, explore space, and Turn the Tide!

*The purchasable versions of Commanders will have the following traits and skills: 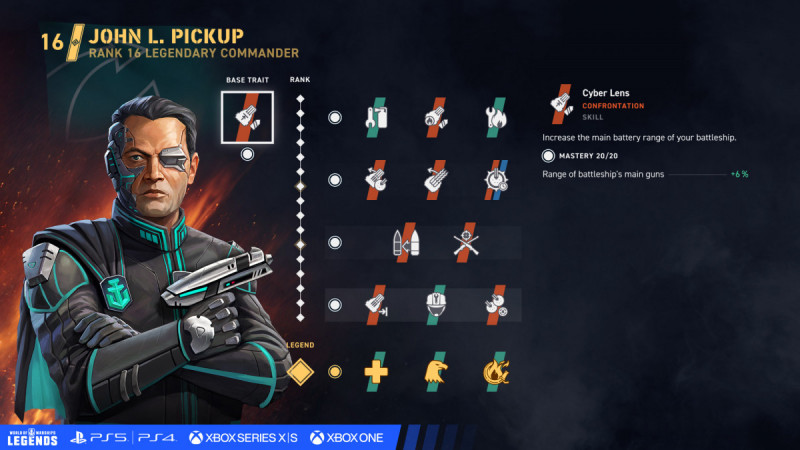 Depicted here is the event version of commander with Cyber Lens as base trait. 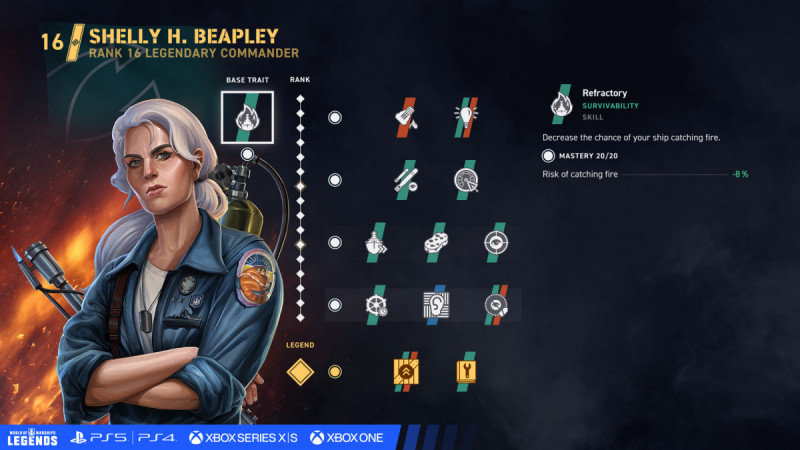 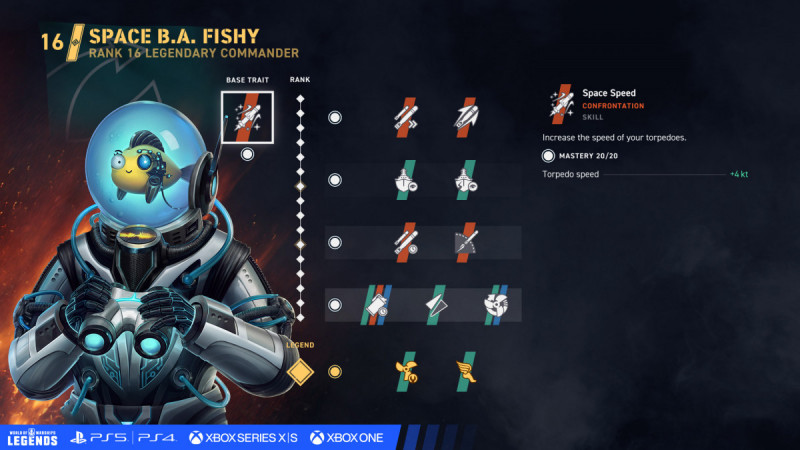 **Stellar Chips will not be available from containers and there is no duplicate prevention for Commanders.