Brace, brace, brace! Ranked Battles are coming back with a bang! Gear up and fight in not one, not two, but three Seasons with the Arms Race mechanic active. Let’s dive into the details!

Already tested in the Arena mode, Arms Race brings various boosts scattered around the battlefield that spice up the usual flow of battle. These buffs spawn in several waves throughout the game. Once picked up, they benefit your entire team, and getting two or more of the same bonuses stacks up each time. Don’t disregard the buffs—after playing a couple of battles, you’ll certainly get a feeling of how instrumental they can be in fighting the opposing team.

Here’s the full list of buffs you can get:

The buffs apply to your entire team, which makes them even more valuable and worth fighting for!

The core mechanics of Ranked Battles remain the same, but you get a star for each win and progress through the ranks until you hit Rank 1. Hitting Rank 1 makes you ineligible to play any further Ranked Battles till the end of the corresponding season (think of it as being too cool for school). Each loss results in losing a star unless you finish as the best player on your team in terms of XP gained in that game. This rule, however, doesn’t apply to League 1 of Season 16 – that’s the toughest level of competition. On the other hand, League 3 of the same Season allows you to finish as one of the two best players on the losing team to avoid losing a star.

Now for the sweetest thing—the prizes! You can see the distribution for each Season in the infographics: the better you do, the more prizes you’ll get. However, to get the full picture and exact numbers, make sure to log in to the game once the Seasons begin!

The complete ruleset for these Seasons is as follows: 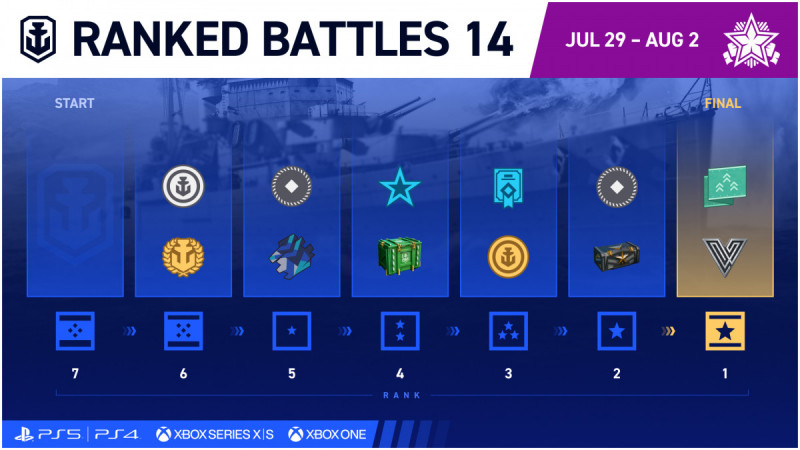 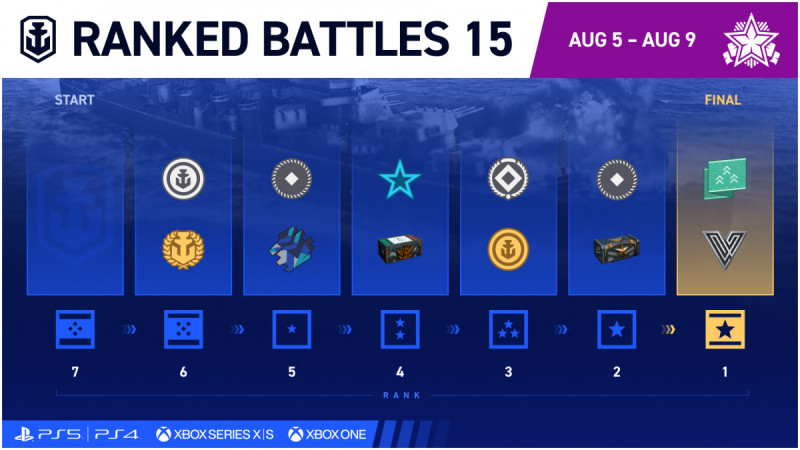 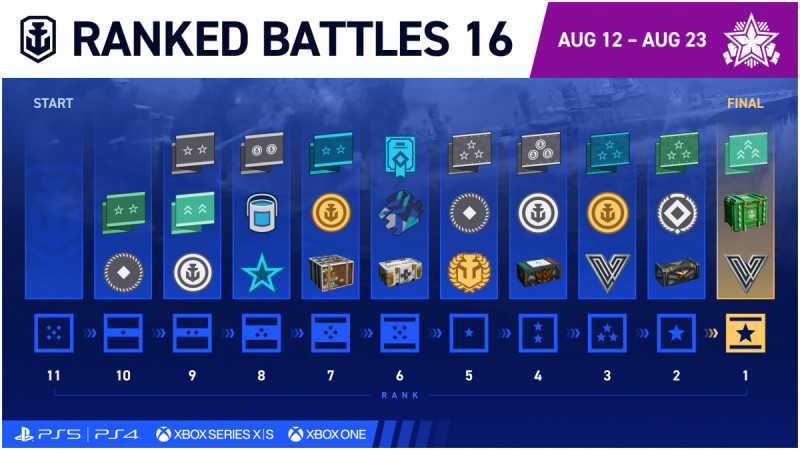 Maps for all three Seasons:

We wish you the best of luck out at sea—load your guns and Turn the Tide!