November Update: Under the Black Flag

It's time to sail the fall seas in a quest for battles and treasure! Let's check out what's coming in this seasonal update with a TLDR coming right up: 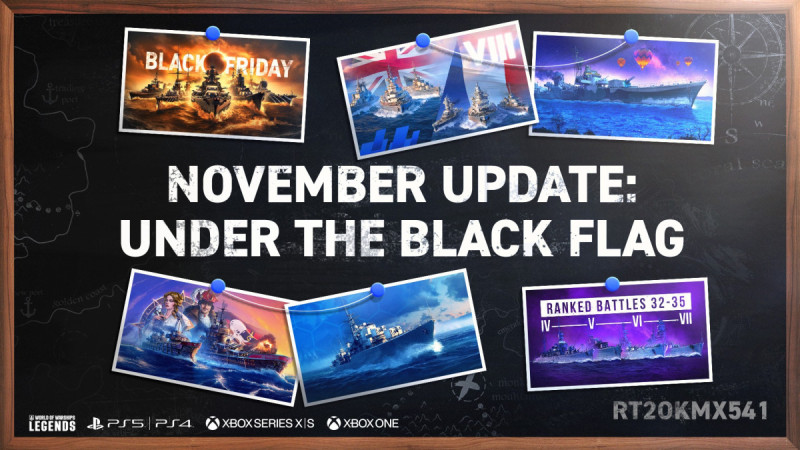 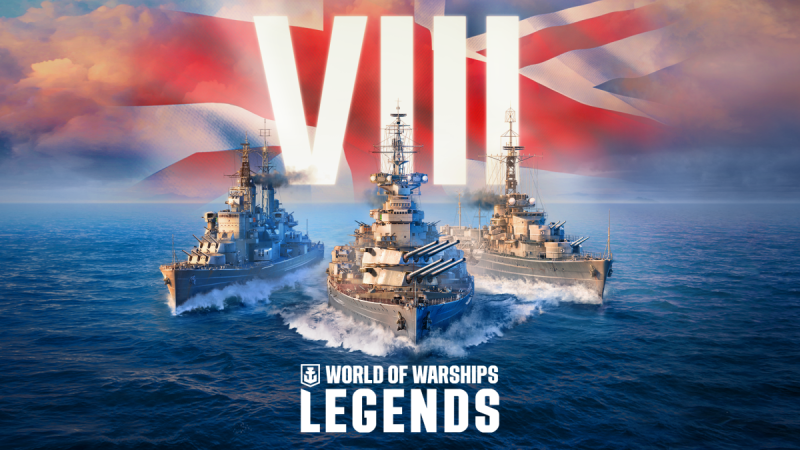 More Tier VIII ships are coming to your Ports in this update! Specifically, British and French ones—a total of six vessels, one of each type, except carriers. Same as the first batch of Tier VIII ships, these will be available right away for Captains with researched Tier VII ships of the respective branches and sufficient XP on those. In fact, if you have 200,000 Elite XP on a Tier VII ship, the respective newcomer will be unlocked automatically. Full upgrade from scratch will require 300,000 XP. 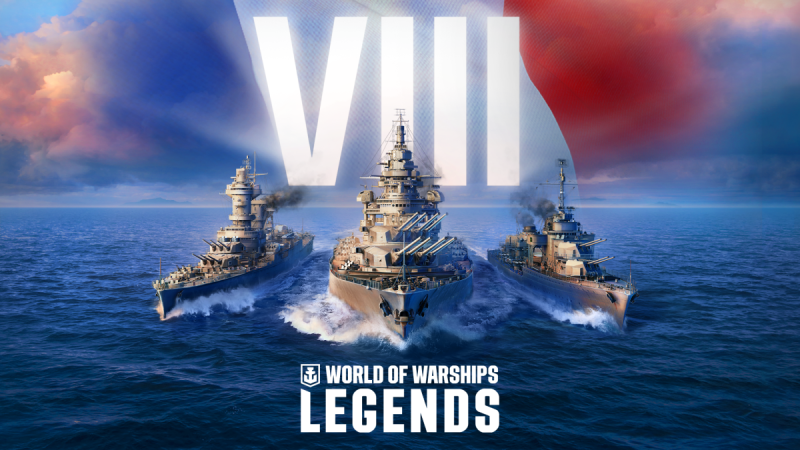 You can look forward to more information on these newcomers in a dedicated article coming very soon. 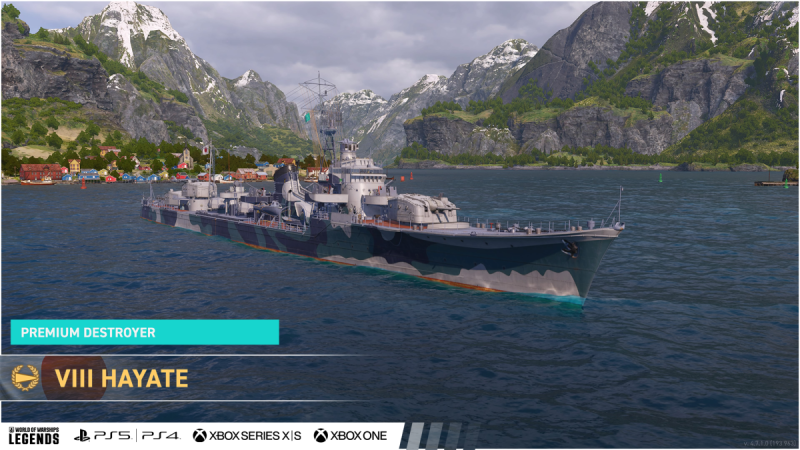 Loosely reminiscent of Shimakaze, Japanese destroyer Hayate brings a large HP pool and brutal torpedoes, as well as quite a few gunboat characteristics to Tier VIII. She’s quite a firestarter owing to her quick reload and solid chances of ignition upon impact, and her firing angles allow for great kiting if you've already unleashed your devastating torpedo load.

With the traditional framework of 100 milestones in 5 weeks and the catch-up mechanic in place, let's take a look at the prizes that await you along the way. 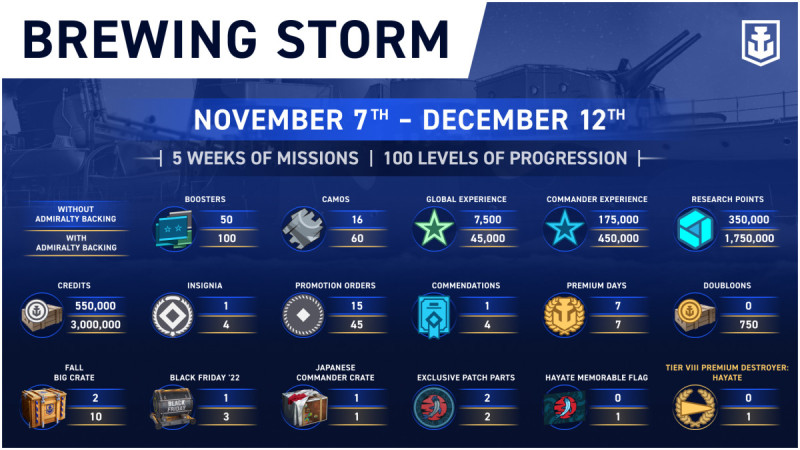 Value of the rewards without the Admiralty Backing: 15,187 doubloons

Total value of the rewards with the Admiralty Backing: 73,250 doubloons 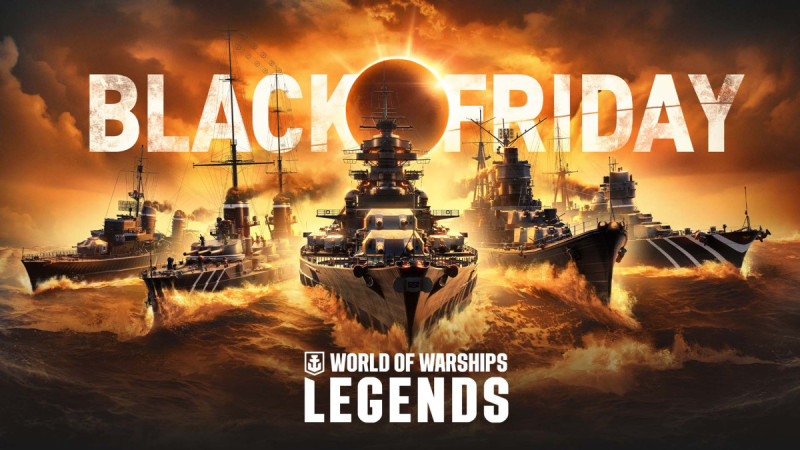 This season, Black Friday discounts will be available throughout the entire update, with additional deals dropping in the Store at later dates. Most importantly, it will feature as many as five new black ships:

Stay tuned for a dedicated article that will offer a detailed look at all things Black Friday on our blog. Be sure to check it out, as three of the five ships have been tangibly changed in their new appearance.

Pirates on the Horizon! 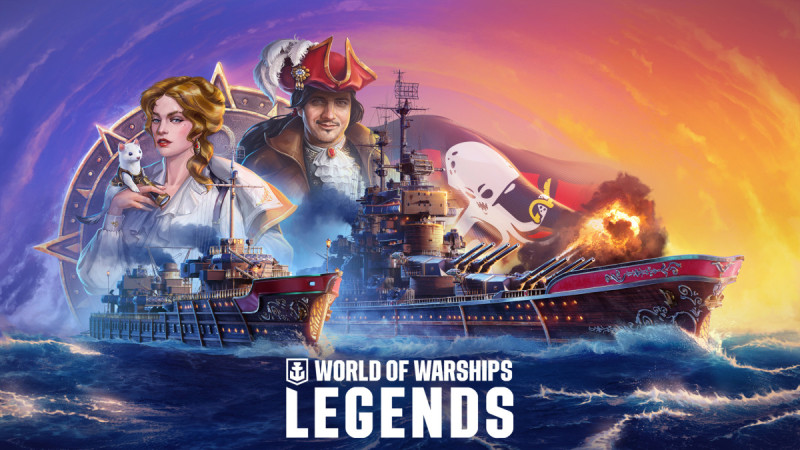 With two dedicated Cap’ns and their rovers under the British and French flags, and more content available—including a special chest—pirates are arrrrrrriving on our seas in force! Save the date, you scallywags—starting from December 1, you can exchange your shiny funds for Cap’ns and boats in the Store. An article covering the content will come just in time, so get your eye(s) peeled! A little hint: These pirates prefer French ships, but they don't always fight for France...

Ranked Duels Are Back!

We know you missed it: 1-on-1 Ranked battles are making a comeback for as many as four seasons in this update! Stay tuned for our blog post with all the details before the first season gets underway on November 10. 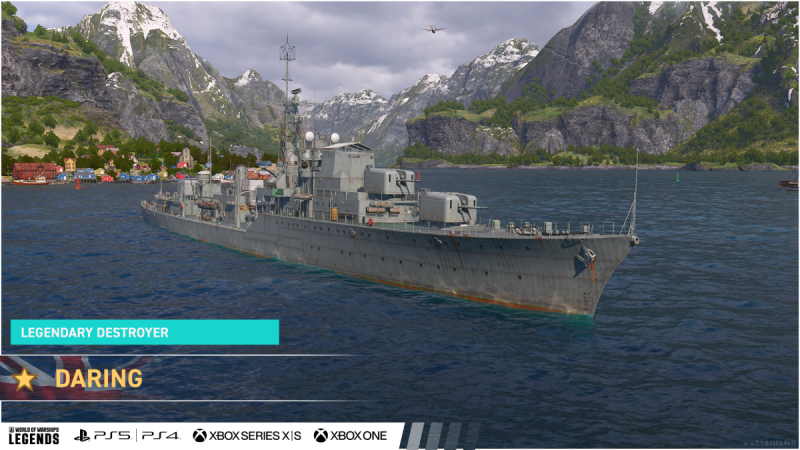 The largest class of British destroyers arrives at the Legendary Tier! Daring’s HE shells are particularly incendiary, and her torpedoes can be launched individually. Her Sonar can be a lifesaver, and Smoke Generator will facilitate effective in-and-out tactics and provide much-needed emergency concealment. Be wary of her size, however, and watch out for incoming enemy aircraft.

This Project requires you to possess British Tech Tree destroyers Jervis and Lightning to complete certain Segments. The research process can be boosted either with Research Points or doubloons. Please note: This Project is not available in the mobile version.

This update brings a solid number of changes—both buffs and nerfs—including some of the first changes to the Tier VIII Tech Tree ships, as they have been the center of attention since August. A handful of ship traits have also been changed to provide better clarity on the respective ships' abilities.

PSA: We're starting to call secondary guns "ATBA" (anti-torpedo-boat armament) in more places, so please get used to it!

Ibuki is somewhat lacking direct damage, so we're boosting it.

Yūgumo is simply not far enough from Kagerō, hence some basic damage improvements.

We're fairly content with Roon, but she's a bit sluggish in close quarters, so a quicker traverse will improve her chances of tracking any destroyers that get close.

Delny went above and beyond what we expected her to do, hence a nerf is appropriate for her turret traverse and gun reload. However, to sweeten this bitter pill, we're improving the shell damage a tad. The aim is to lower the average damage a pinch and get her to be a little less effective with multiple targets.

Donskoi fell back further than Roon did and is receiving significant buffs all around. This should aid her survivability and average damage, as well as her utility to the team.

Champagne found herself lagging behind a few of her peers and proved to be a less popular choice among the French battleships. What we hope to accomplish is to improve her average damage by increasing her survivability and to give her better kit when fighting other BBs head-on. However, situations where HE shells will be an effective choice are still going to be rare, which is understandable. Will Champagne follow Vanguard in number of buffs? Probably not, but let’s see!

Well, you knew it! She needs a buff no matter how you look at it, as there are several areas in which she's lacking, especially compared against August von Parseval:

None of the changes are necessarily dramatic, but we believe that, as a package, they should work and make your Zeppelin experience much more fun.

We’ve been looking at the popularity and usability of our modernizations lately, and this is the first take. Main Battery Mod. 2 was severely lacking, so to make it more attractive, we've removed the tradeoff and buffed the traverse:

These changes are being brought in to increase the build variability and offset the cookie-cutter builds a little. We'll see how it goes and perhaps continue with further mod changes down the line.

This change affects all ships that have this modernization available.

Android players rejoice! Your Google account can now be used for identification purposes, and you can also bind it to your console account in the same way as you did with Facebook!

We've certainly felt the pain of veteran players with huge fleets in their Ports, and we agree that filtering specific ships is of paramount importance! Please note: To "favorite" a ship, you'll need to enter the Upgrades section, hit the ship icon, and add (or remove) it there. This is the solution we’re using for now, but we may improve it later.

Port selection (not available on mobile yet)

It's here! You can now choose whatever Port you like the most and change it whenever you like, too! You can look forward to the arrival of more Ports in the not-so-distant future. 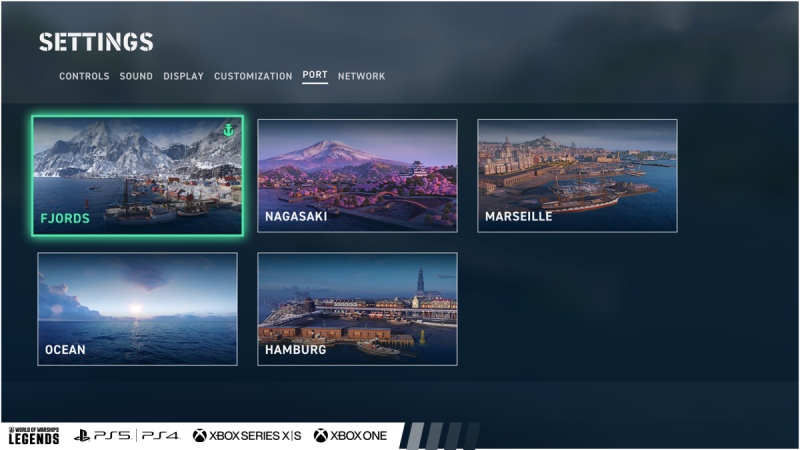 We’re offering you five Ports for starters, complete with their own musical themes:

Dust those proverbial cameras and choose the perfect lighting for your favorite ships!

Rudder position while in the quick commands menu

This is something you've requested for ages, and we're finally ready to deliver! From this update on, your rudder will hold whenever your switch to the quick commands "pizza." Please note that this is only true for ships and will not work for planes. Also keep in mind that since we don't have fine adjustments of the rudder, even if you turn only slightly and call up the quick commands window, your turn will progress to 100% while you're interacting with quick commands.

Temporal anti-aliasing is now enabled for the Xbox One/One S consoles in battle. Other consoles previously had this enabled. This provides more stable picture quality and smoother geometry edges for objects.

Make this season count, and turn the tide!