Compared to the existing American and Japanese lines of aircraft carriers, the Germans were never finished in steel, so we’ve had to go off projects to implement them in the game. Just like with the other nations you’ll have 3 units to research at tiers III, V and VII. And keep in mind, that you’ll need extra credits and XP to research them, compared to other ship types.

There is a significant difference in German aircraft armament, compared to their opponents from other nations:

As mentioned in the patch notes, an important update for all tier 7 squadrons is the new consumable – Evasive Maneuver, which protects the squadron from all damage for 6 seconds. By default, each squadron has two charges, which can be expanded upon with the Fully Packed legendary commander skill, so it’s up to 6 total per battle.

Hans Geisler is the specialized commander for German aircraft carriers and he brings in several new skills to the table, driven by the necessity to synergize with AP bombs, however for his base trait we’ve picked something a bit unexpected: Barrage, which improves the reload speed of your ship’s secondary guns by up to 6% at rank 20. This has very limited use on aircraft carriers but does boost their chances to land a lucky shot on a destroyer, for example, but we do expect Geisler to become a popular inspiration for Bismarck and Massachusetts players.

Other skills for the commander are:

You can check out the stats of the new ships in the infographics below, meanwhile start researching them and get a handle on the new fleet before others do! 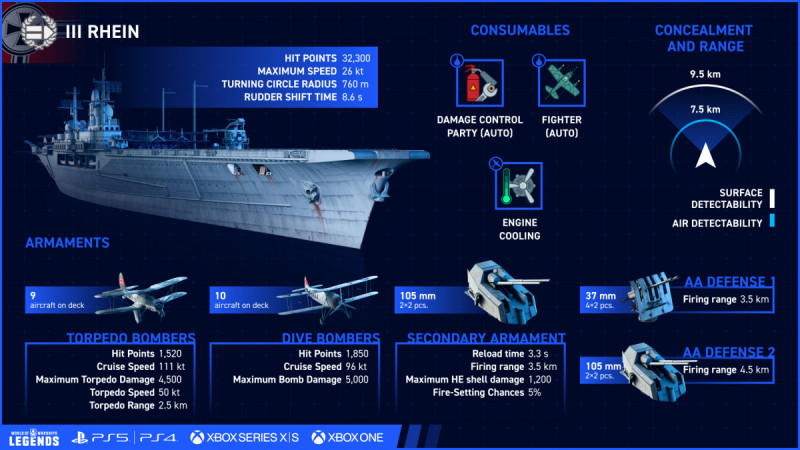 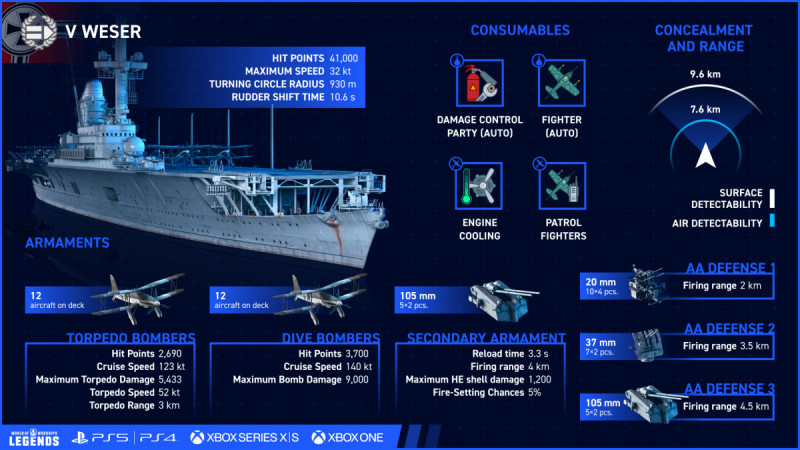 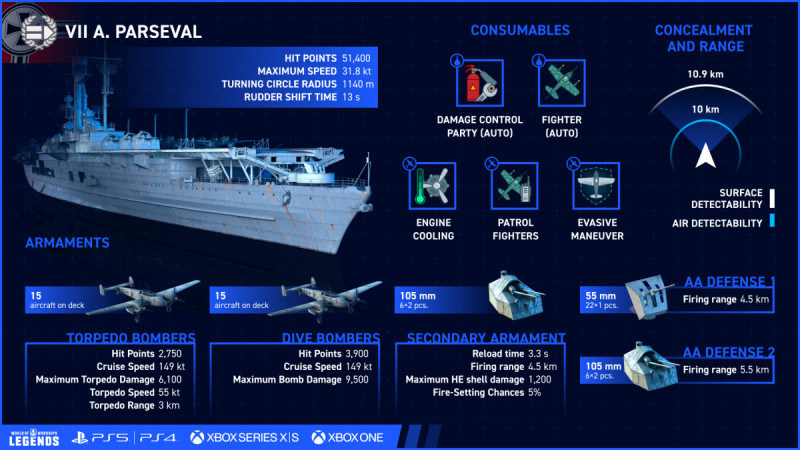