Server maintenance will take place on April 13, after which the Update will be pushed to consoles.

Hey Legends! Our journey in Early Access began on April 12, 2019, so it's time to celebrate an anniversary of sorts!  While we’ve had our ups and downs over this last year, and perhaps sometimes even shook the boat, we've ultimately had fun, and we hope that you did too! We're not going all out with the celebrations on this one, but fear not, August will bring the “real” full release anniversary together with content, deals, and festivities to signify the occasion! But for now, read on, turn the tide and let's shoot some ships! 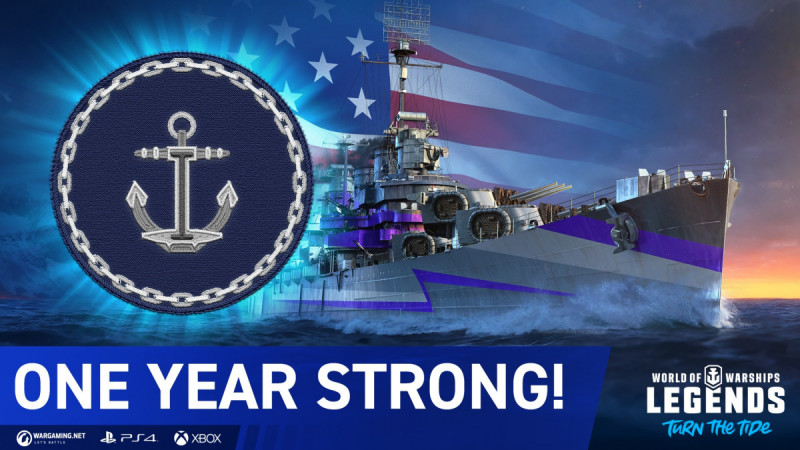 We've added a fairly easy mission for you to grab a commemorative "One Year Strong" patch and to provide you with more opportunities to enjoy the ship collection that you've accrued over the past year, we're adding the extra win bonus mechanic that you've gotten to know in the British cruiser update, but for more ships and with different rewards. These can be redeemed once per ship. The exact rewards are as follows:

The daily first-win XP modifiers will also be increased to x3 from April 16 until April 19!

Please note: these activities will take place from April 16 until April 30, while the win bonus will expire at exactly 6:40 PM Central/11:40 PM UTC

The Heavy Red Artillery Is Here!

Soviet battleships are following their lighter counterparts in this coming Update to offer you a high risk/high reward brawling playstyle. Starting with III Gangut, moving through IV Pyotr Velikiy and V Izmail, and culminating with VI Sinop, you'll enjoy continuous gun caliber and armor upgrades. These ships enjoy respectable HP pools and turrets that traverse pretty quickly. You'll want to stay in somewhat close proximity to the enemy, as Soviet battleships' accuracy is at its best at around 11 kilometers. This means that they excel at brawling and pushing the opposition out of Key Areas. They are also equipped with a special Damage Control Party consumable that has limited uses, but a shorter cooldown—it’s modifiable by Commander skills. Also be wary of the high position of their citadels—angle you ship wisely and never show your broadside unless you’re certain of firing a winning salvo. 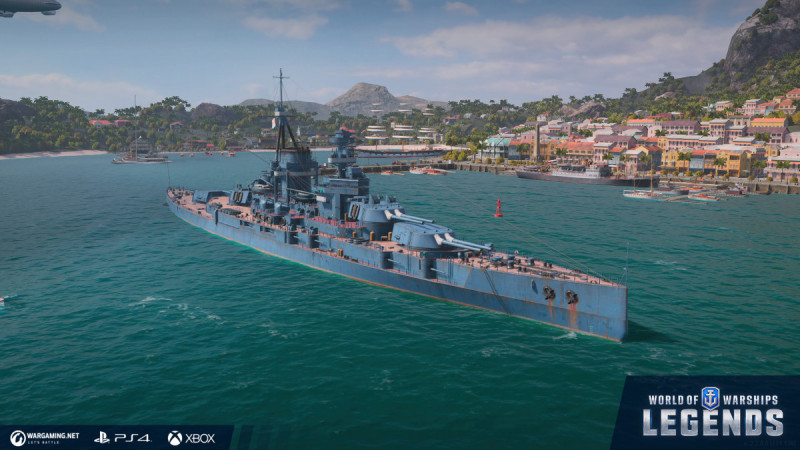 These ships will be available through the Early Access mechanic, just as destroyers were before them. Also don't forget that said destroyers, including the peculiar Tier II Derzki and the overgrown Tier VII Tashkent are now yours to research and acquire at your own pace! Tier VII Vladivostok will make her appearance in the next Update, once the Russian and Soviet battleships become researchable. As before, the ships have better chances of dropping from Big Soviet containers that are available for doubloons, while regular Soviet crates offer smaller chances, but are more readily available. Any of the Soviet Battleships you obtain from crates can be used to complete their respective missions, which provide you with some extra goodies. Be aware, however, that these missions only come together with ships.

Please note: if you have any unopened Soviet containers from the previous Update, they will still drop destroyers if you get lucky with a ship.

New Campaigns and the Imperial Currency

This Update contains two easier Campaigns. "To Tame A Dreadnought" features Mikhail Kedrov—the man who commanded Russian battleship Gangut—as its ultimate prize, and his skills will certainly help you tame the red beasts. The Campaign runs for 3 weeks: from April 13 until May 4. The Admiralty Backing for either of the new Campaigns costs 1,250 doubloons. For those Captains who like to complete the Campaigns right away, we've also added such an option to the Admiralty Backing purchase window, removing the need to scroll through the whole thing. 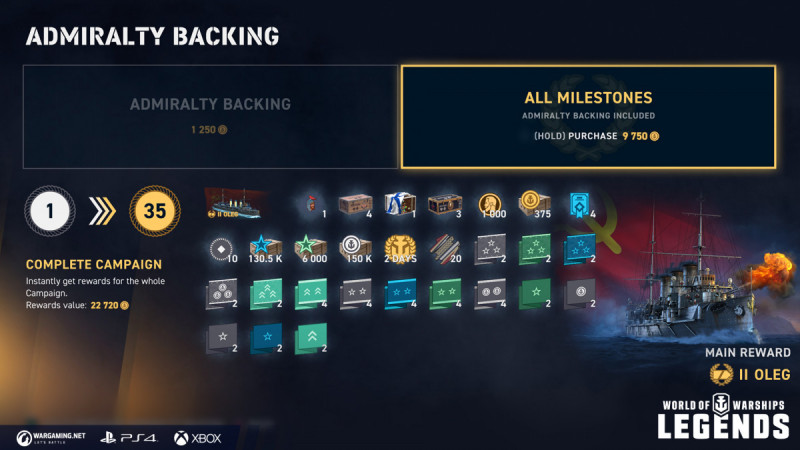 Take note that the missions will appear differently this time, you have the 1st set of missions, available from the beginning until the end of the Campaign; then there's the 2nd set, which goes live during the second week and can also be finished within two full weeks; and last, the 3rd set of missions, which appears on week 3 of the Update and has to be completed before the end of May 4. Keep in mind, however, that every next set of tasks requires the previous set to have been completed. While you can cram it all into 1 week, we advise that you spread it out over the entire duration of the Campaign. The full list of rewards is as follows:

Value of the rewards without the Admiralty Backing: 12,185 doubloons

Total value of the rewards including the Admiralty Backing: 34,860 doubloons 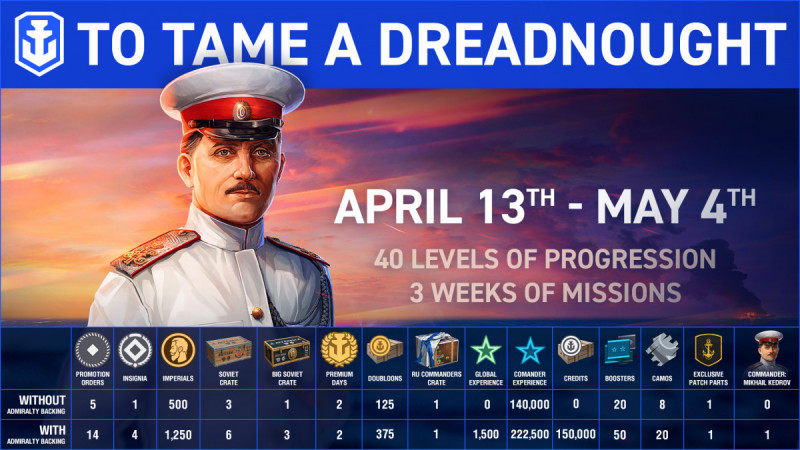 The Heroic Oleg is a Campaign about the eponymous Russian cruiser that survived the battle of Tsushima along with cruiser Aurora. Oleg is a Tier II Premium cruiser that offers a very straightforward style of point'n'shoot gameplay. She shoots in style, having a very handsome presentation thanks to her black-ish camo with yellow funnels. The Campaign runs from May 4 until May 18, and the two weekly sets of missions will be the same. The full list of rewards is as follows:

Value of the rewards without the Admiralty Backing: 9,620 doubloons

Total value of the rewards including the Admiralty Backing: 22,720 doubloons 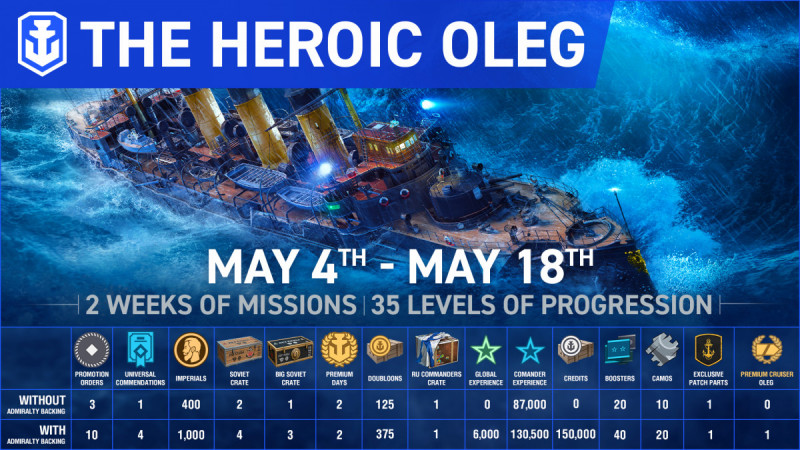 Imperials (which, incidentally, weren’t a real currency) are earned while progressing through Campaign milestones and completing regular missions. They offer a way to grab some cool and/or useful stuff from the Admiralty, such as permanent camouflages for the new ships, Commander items, or Soviet crates. Rubles are still going to be usable in this Update, but the only items you can exchange them for are standard Soviet crates. You won't be able to collect everything from Admiralty, so be sure to choose wisely.

Ranked battles make a return for two more Sprints with a breather between them! Based on your feedback, we've gone back to the short format, as the longer season format had more detractors than we expected. You'll be able to earn some boosters, camouflages, Commander items, doubloons, and seasonal patches. 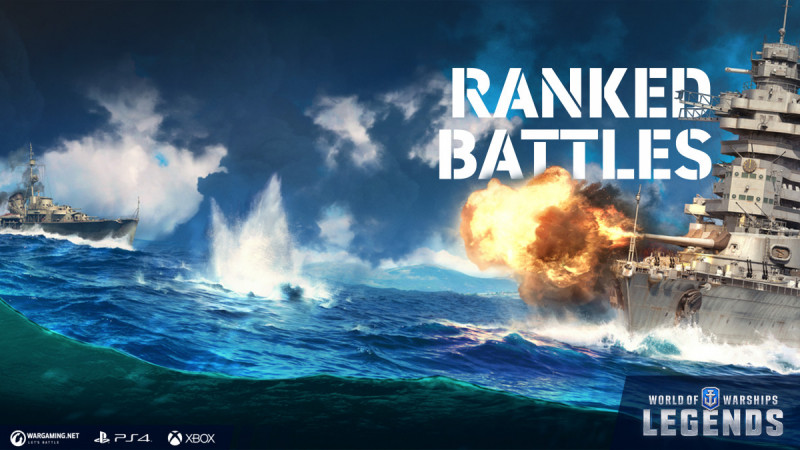 The map pool for both seasons consists of the following locales with adjusted spawn points:

Photo Mode in the Port

In response to popular demand, we're adding a photo mode for use in your Ports. Grabbing those beauty shots of your favorite ships will now be all that much easier! Simply press the left trigger on either console controller to hide the interface, and then take an ultimate picture that’s worthy of the best museums*. 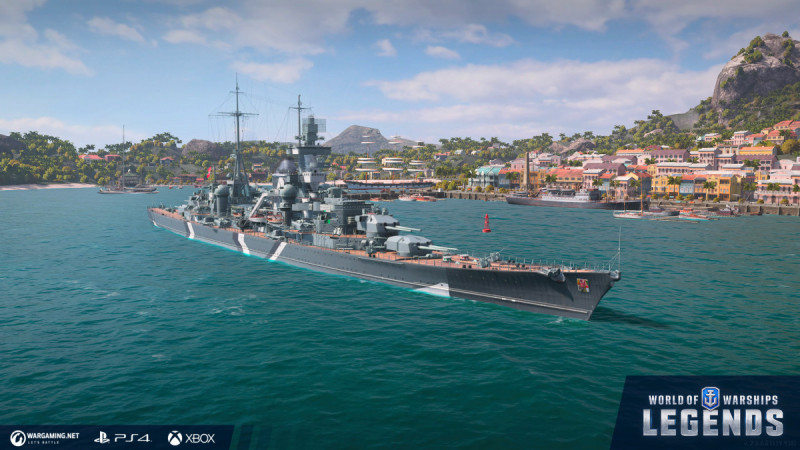 *This statement is not verified by any artists.

The heads-up display interface now has an extra scaling option that you may find helpful when playing on smaller displays. You might even prefer your UI to be bigger—this can also be selected in the Settings menu. 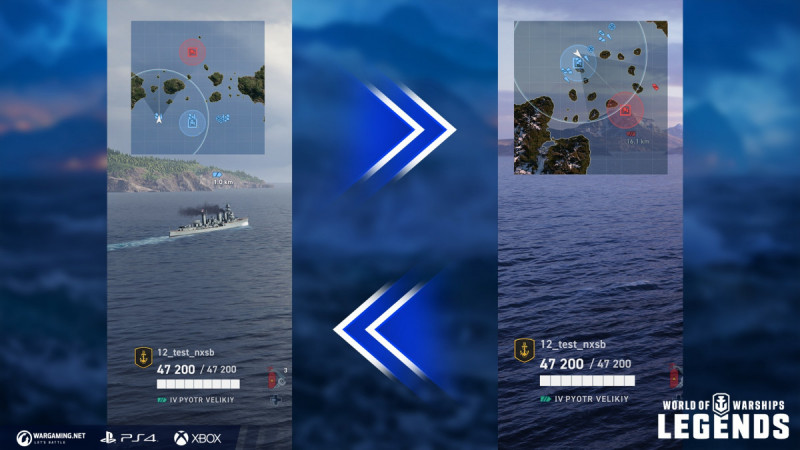 Another feature that you have asked for repeatedly is to have Commanders speak the language of the nation the ship belongs to. Well, we’ve done it! Feel free to select the “National” setting in audio options, and no matter what your client language is, your Commanders will speak the same language of the ship's crew. This includes Jerzy Świrski. Please note: this setting overrides the Azur Lane voiceovers, so keep the setting as it is if you enjoy hearing your Azur Lane Commanders. Your quick commands will also be sent to the team in the language of your Commander if you have the National setting activated. 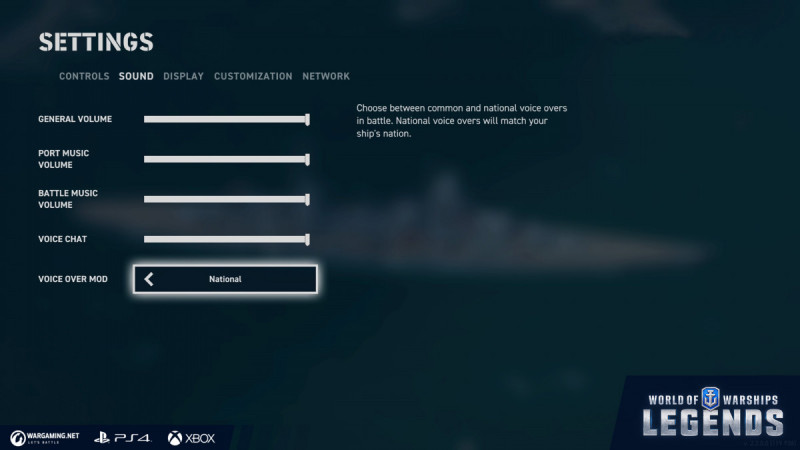 A small, albeit significant, change to the spotting mechanics has been made in the game. The gist is that, starting with this Update, any ship that fires her main battery will remain visible to any ships that would spot her at that distance for 3 full seconds, even if said ship moves behind cover or outside of the Radar detection zone. Think of it as a "visibility trail," which should help deal with the issues that caused any ships that ride the edge of the visibility radius to "flicker" in and out of view. At the same time, if a ship fires a salvo from her main battery and there's no one to spot said ship, her increased visibility radius will last only for 2 seconds. Otherwise, the increased spotting range after firing the main battery is valid for 20 seconds.

Several new Premium ships are making their debut in this Update, including the Main Battery Reload Booster-equipped German cruiser, Prinz Eugen! The ship will be available for 750,000 Global XP. Some new permanent camouflages will also be offered in honor of Victory day and our mini-anniversary. The full list is as follows:

You'll be able to find out the sale start dates by visiting any of our info channels, such as Facebook, Discord, or reddit. Also, whenever you launch the game, new content is displayed within the slides on the right.